Jennifer Lopez has been tied to Versace for years. Ever since her infamous appearance at the 2000 Grammy Awards in that palm print dress that prompted the creation of Google‘s image search, JLo’s long-lasting love affair with the Italian brand has been an ever-present relationship in her career. And the friendship is finally being celebrated. Jenny from the block is celebrating her long-running affair with Versace by becoming the face of the brand in 2020.

The superstar has been associated with the Italian fashion house since 2000.

Lopez wore the brand’s plunging jungle print dress to the Grammy Awards in 2000, and the iconic red carpet outfit led to the creation of Google Images. She celebrated the look once again just last year in September, when she sported an updated version to close Versace’s catwalk show in Milan.

On Saturday, J.Lo announced on Instagram that she was representing the brand’s Spring/Summer 2020 collection. 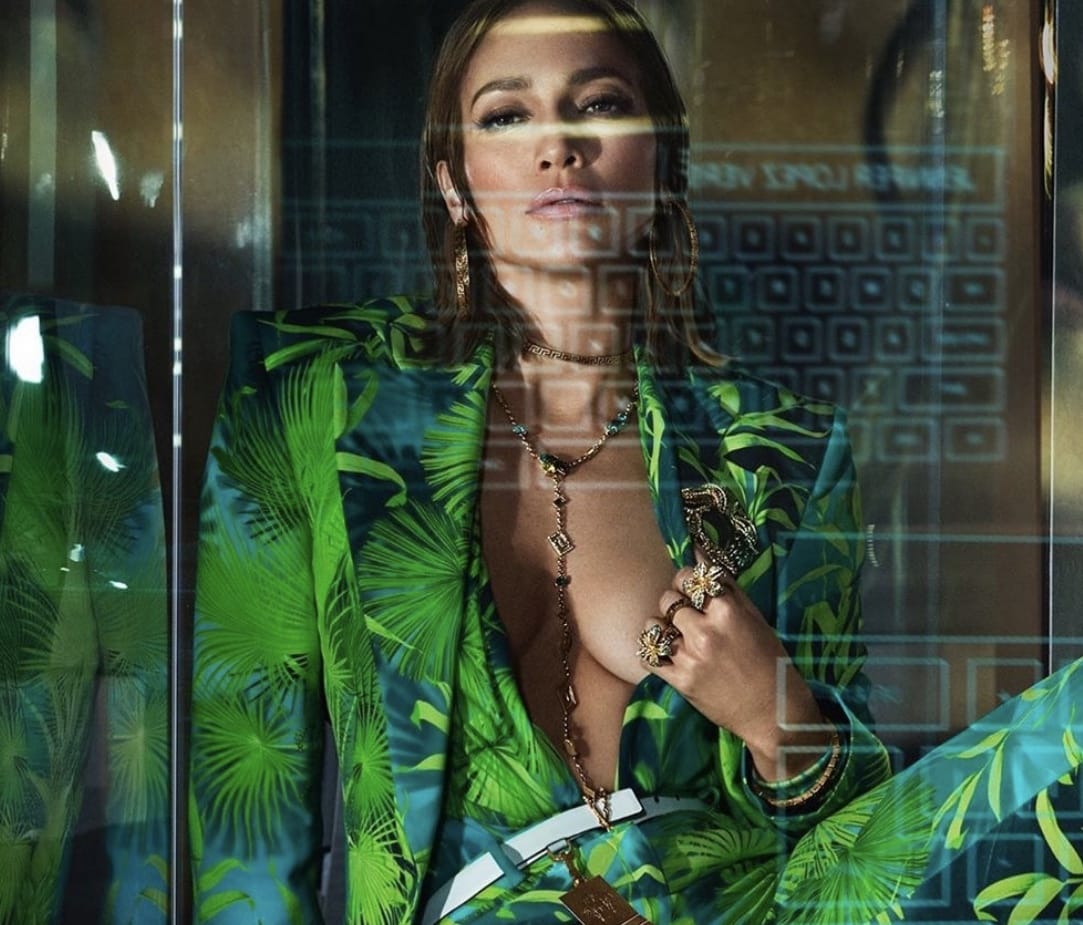 Now, Jennifer has revealed that she and Versace’s chief creative officer Donatella Versace were celebrating two decades of their professional relationship by collaborating on the brand’s spring/summer 2020 advertising campaign. “I am so excited I can finally reveal that I am the face of the #VersaceSS20 campaign!” she wrote alongside multiple shots from the campaign. “Thank you to @Donatella_Versace and everyone at @Versace for your vision and collaboration.”

The fashion house shared many of the same images to its Instagram page, as well. 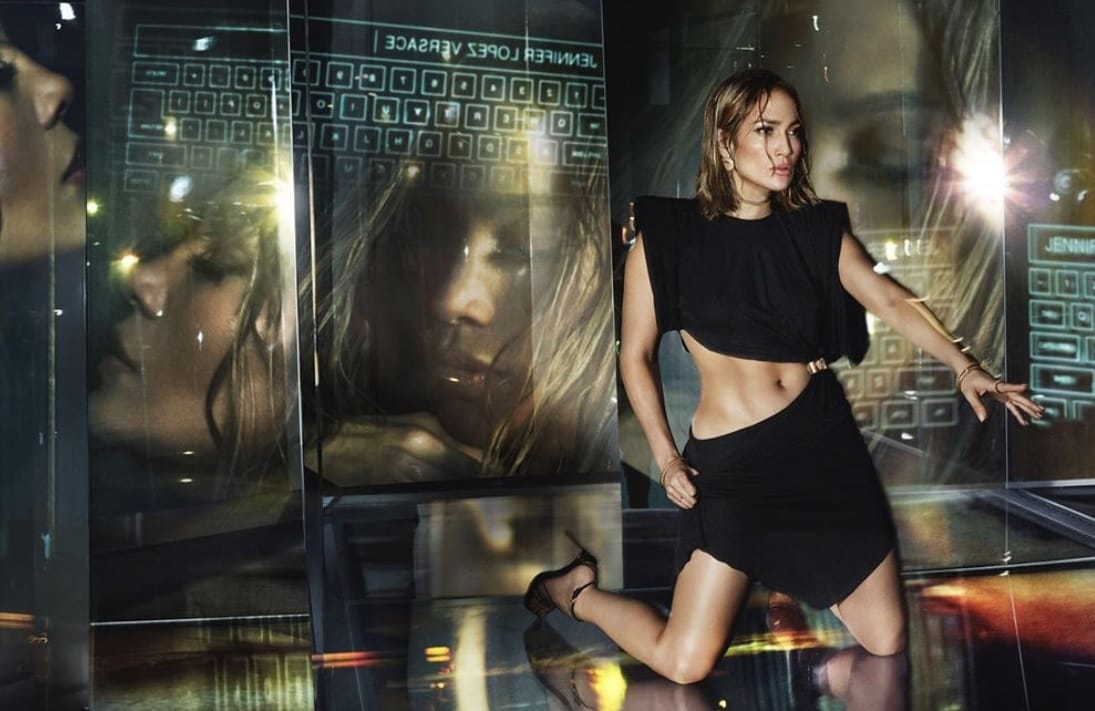 “The new #VersaceSS20 advertising campaign features long-time friend of the House @jlo who surprised the audience and broke the internet closing the runway show in an iteration of the iconic Jungle print dress,” an Instagram post read, referring to the pop star’s appearance at Milan Fashion Week last fall in which she donned a dress reminiscent of the one which she wore to the 2000 Grammy Awards.

Versace later said, “The new #VersaceSS20 campaign is a provocation on the power of the internet and its vessels for voyeurism.”

Both the singer and the brand, shared pictures from the futuristic campaign, which was shot by Mert Alas and Marcus Piggott, and showed her posing in various designs in a glass box featuring holograms of a computer keyboard on the walls. She can be seen modelling a new spin on the jungle print design – a plunging jumpsuit with matching blazer – as well as a red minidress and a midriff-baring black number.

J.Lo has worked closely with Versace because of the power the brand bestows upon women. 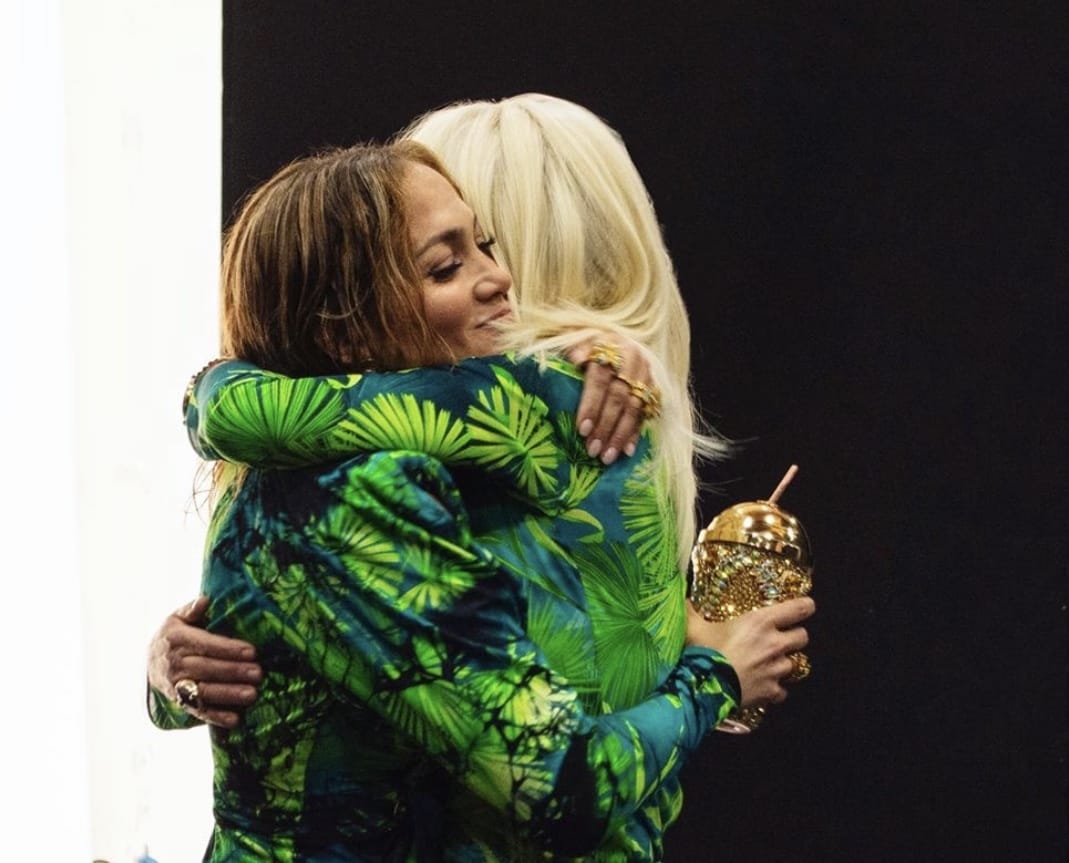 “To me, Versace represents empowerment and putting something beautiful out into the world,” she explained in a statement. “It’s a dream to collaborate with my friend Donatella again on this gorgeous campaign.”

Donatella posted various images on Instagram and described her longtime friend as “simply breathtaking” and “stunning”. 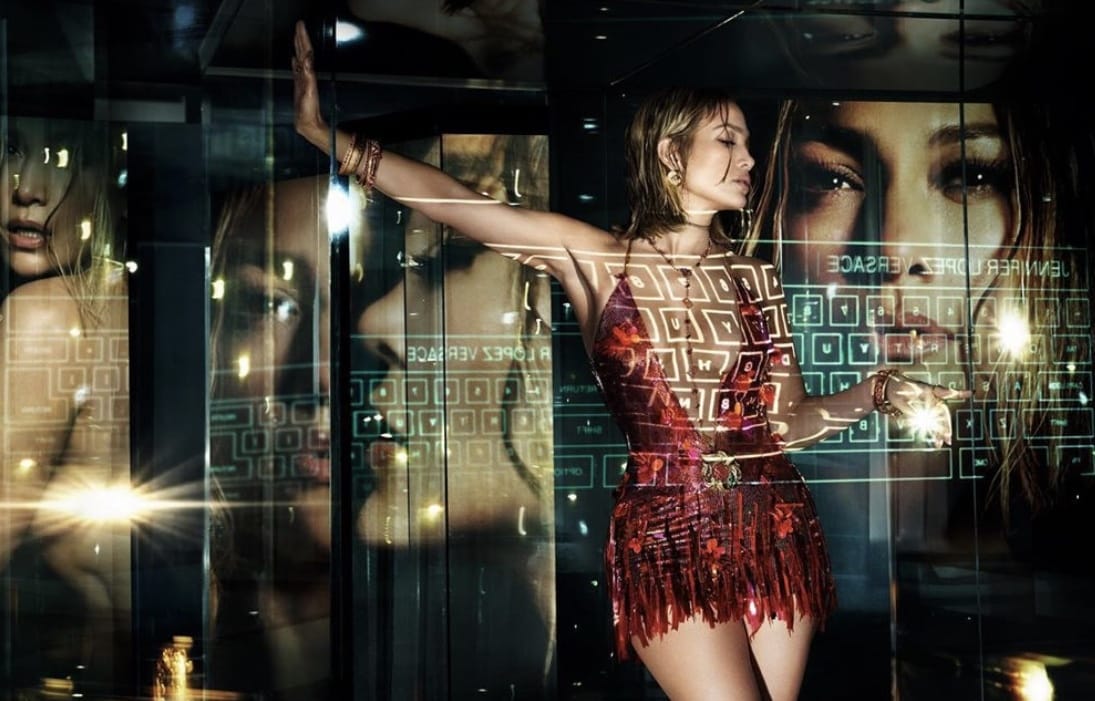 “Thank you so much Jennifer for taking part in this project… Love you! #VersaceSS20 #Campaign #JLo @jlo,” the designer wrote. 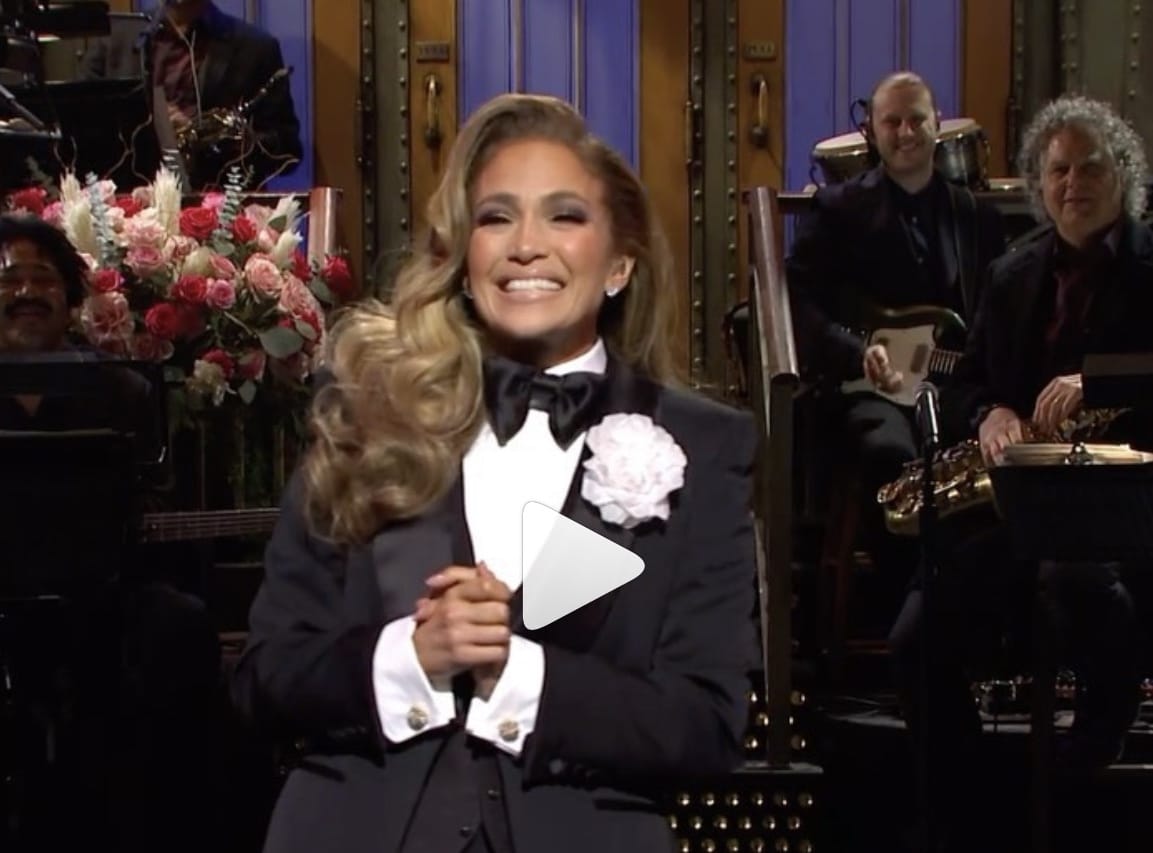 “I walked the runway at Milan for the first time wearing a dress I wore 20 years ago,” she said. “Now some people said I look better now than I did then, and I’m not bragging — that’s just, you know, gossip.” She ended her appearance on the talk show with a music number during which she wore the same iconic dress.

The campaign, which also features Kendall Jenner, comes amid a successful—yet controversial—period in Jennifer’s career.

She is currently hitting the awards season circuit for her performance in Hustlers and is preparing to perform at the Super Bowl Halftime Show with Shakira in February. JLo’s Oscar buzz was just shut down just last week, after the Academy announced their nominees —and Lopez wasn’t one of them. And best believe her fans and fellow celebrities took to the internet to express their anger.