Walter Mercado was a source of wisdom. His horoscopes eased many Latinxs into New Years, months and days full of new possibilities and opportunities. Equal parts Oprah, Liberace, and Mr. Rogers, Walter was a celebrated daily part of Latino culture—until last November, when he sadly passed away. But his legacy lives on, and this year, he’s getting his own Netflix documentary. Here’s everything we know so far about “Mucho Mucho Amor.”

Late television personality and astrologer Walter Mercado is the subject of a Netflix documentary.

MUCHO MUCHO AMOR, which premieres at Sundance, is coming to Netflix this summer! From documentarians Cristina Costantini & Kareem Tabsch, it follows Walter Mercado, the iconic, gender non-conforming astrologer who mesmerized millions of viewers, then vanished from the public eye. pic.twitter.com/ezgvZvNAxq

Extravagant Puerto Rican astrologer, psychic, and gender nonconforming legend Walter Mercado charmed the world for over 30 years with his televised horoscopes. And this summer, a the feature-length documentary based on the life and work of the iconic astrologer, “Mucho Mucho Amor” will stream on Netflix. And it’s scheduled to premiere at the Sundance Film Festival.

The film was selected to premiere at the 2020 Sundance Festival.

The independent-film festival announced its lineup earlier this month, and Miami is well represented among the 118 films selected. Although Mucho Mucho Amor might seem timely in light of the astrologer’s passing in November, Tabsch and his codirector and coproducer — Cristina Constantini and Alex Fumero — have been working on it for more than two years.

“Mucho Mucho Amor”, follows Mercado’s story, from the rural sugarcane fields of Puerto Rico to international astrology superstardom, rising above homophobia and the heteronormative beliefs of the Latino society with a message of love and hope. “If you think about the way he came on television, starting from 50 years ago,” said one of the film’s directors, Kareem Tabsch in an interview with WLRN, “he blended gender expressions — the masculine with the feminine on Latino television, which is very macho-centric.”

The film was directed by two Latinx co-directors.

Kareem Tabsch and Cristina Costantini (Science Fair, Festival Favorite Award at the 2018 Sundance Film Festival) both set out to create “Mucho Mucho Amor” as a love letter to Walter Mercado.  “He was uniquely his own. In a very macho Latino culture, he presented his nonbinary gender expression, and it was so brave,” Tabsch said to Miami New Times.

“Mucho Mucho Amor” unpicks how Walter Mercado became an icon of gender-fluidity for an entire generation.

It's official! Our documentary about Walter Mercado, MUCHO MUCHO AMOR, is going to Netflix! https://t.co/rHs700sonz

The filmmakers, who grew up watching him with their abuelitos, craft a film with levity and a playful spirit. Light-years ahead of his time, Walter has become a nostalgic cult icon of self-expression and positivity for the gender-fluid youth of today. 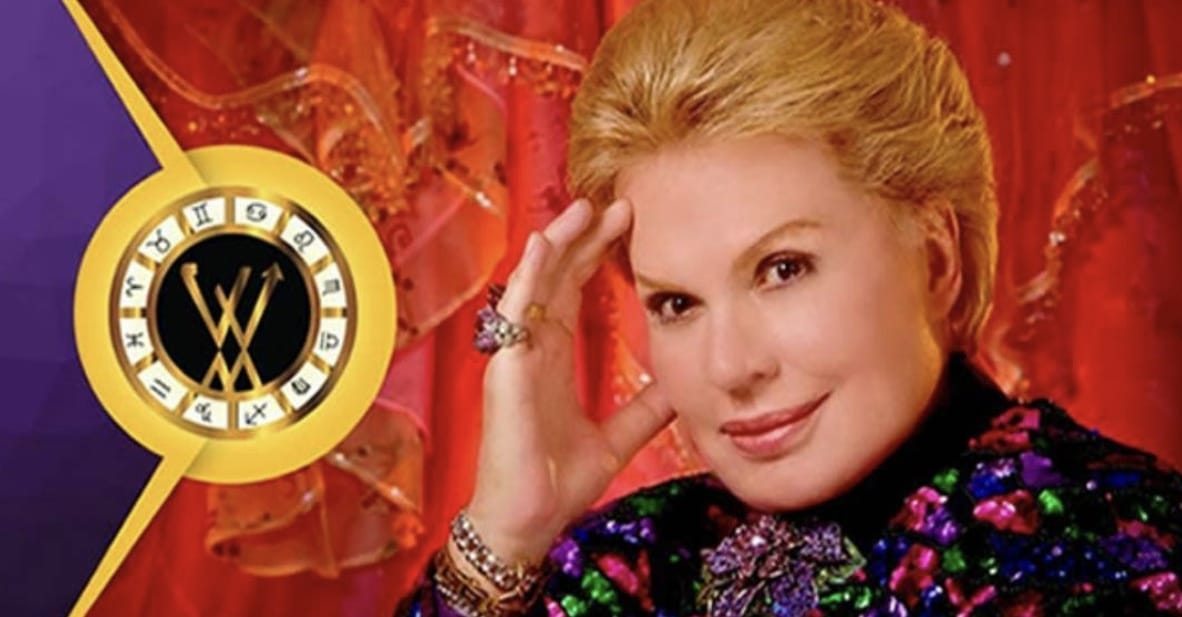 For Latino audiences, Mercado also represents a form of warm nostalgia. “You think of Walter today, and so many of us think of our abuelitas,” the Cuban-American filmmaker says in an interview with Miami New Times. “The memory takes us back to childhood. It takes us back to sitting with our grandparents. In making this film, we realized that was a universal experience [for Latinos].”

The director also spoke about the significance of premiering their film at Sundance.

The fact that an international film festival of Sundance’s prominence has recognized a film such as Mucho Mucho Amor is an important win for not only Tabsch and his team but also Latino culture. “It’s a huge recognition not just for Miami film, but for film created by, for, and about Latinos,” Tabsch says. “We’re telling our own stories.”

The film premieres at the Sundance Film Festival on January 24 and runs through January 31. It will be available on Netflix this summer.