At the beginning of 2019, Empire actor Jussie Smollett famously reported that he had been the victim of a hate crime. About three weeks later, Smollett was charged with disorderly conduct and filing a false police report—it had been discovered that the attack was staged, and that Smollett himself had planned the whole thing. Although the charges against Smollett were dropped, he was all over headlines last year, earning a national reputation as a liar and ultimately being fired from his role on Empire.

In August of 2019, a similar situation arose within the Los Angeles Police Department, when a sheriff’s deputy falsely claimed that he was shot by a sniper outside the Lancaster police station. After days of searching for the alleged gunman, it became clear that Angel Reinosa had fabricated his story. He had not been shot, after all—instead, he had used a knife to create fake bullet wounds in his uniform, asserting that his bulletproof vest had saved his life.

“There were many things that didn’t add up,” said Sheriff’s Capt. Kent Wegener. No bullets had been recovered from the scene, and they had no leads on a suspect—they searched a nearby apartment building, assuming that the shooter was inside, but of course they found nothing. 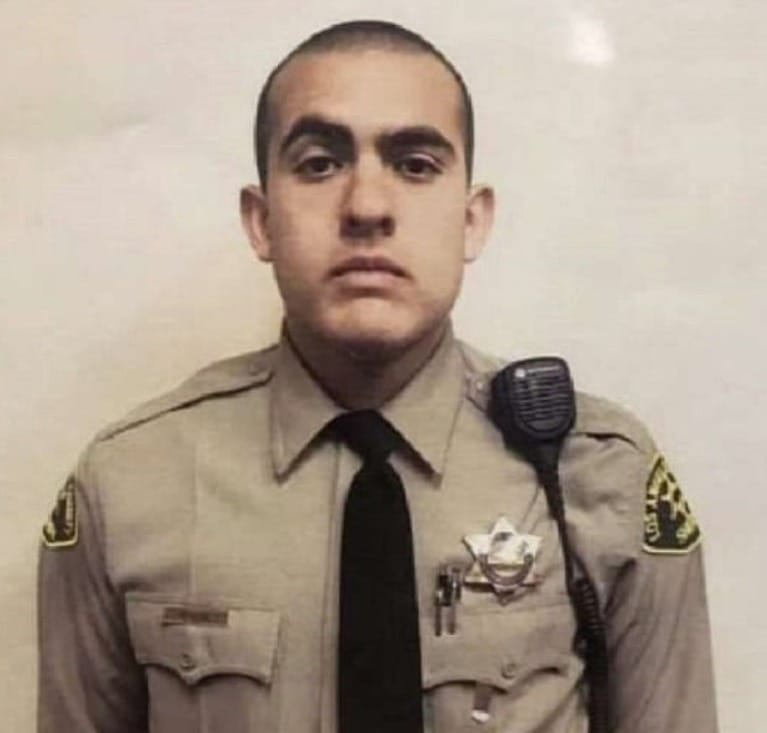 But this didn’t exactly surprise investigators and colleagues, who were suspicious of Reinosa’s story from the very beginning. A number of sheriff’s officials told the LA Times that “his radio call about the incident was too calm even for a veteran, a hole in his shirt too big for the minor wound he claimed to have suffered.”

The LA Times also reported that by the end of the day that Reinosa made the report, the search for the suspected gunman had been halted. Homicide detectives, assisted by forensic experts, instead turned their attention to Reinosa. And by 9:30 PM, Reinosa’s involvement in the case was considered highly suspect. Not long after, he admitted to the police that he had fabricated the incident, though he didn’t reveal his motives for doing so.

In the case of Jussie Smollett, Police Superintendent Eddie Johnson said in a press conference that the motive for feigning the hate crime was fiscal in nature. He claimed that “Smollett took advantage of the pain and anger of racism to promote his career, because he was dissatisfied with his salary.” Folks have speculated that Reinosa’s situation was rather similar—it had to do with a certain dissatisfaction at work.

Lancaster Mayor R. Rex Parris said that sheriff’s officials had divulged details about Reinosa’s difficulties with his first year in the field. Typically, the first year constitutes a probationary training period that all deputies must complete before becoming deputies, and Reinosa was struggling to keep up.

“He was not advancing through the training program at an adequate pace,” Parris said. “There had been a lot of attention on him.”

And just a few days ago, Reinosa was taken into police custody when he was served an arrest warrant during a traffic stop. He was arrested for insurance fraud and for filing a false police report, and he was transferred to Los Angeles County Jail. His bail was set at $40,000, and unlike Smollett, Reinosa was not able to immediately settle his case with a payment.

Authorities say that the charges of insurance fraud are related to the workers comp claims Reinosa made after the incident. If he is convicted of these charges, he could face up to five and a half years in county jail.

As soon as authorities discovered that the shooting had been a hoax, they called an 11 PM press conference to address the situation. In an interview, Sheriff Alex Villanueva confirmed the desire to ensure that Reinosa’s actions were met with what they deemed the appropriate legal response.

“We are all appalled and disappointed. We took the deputy at his word at first,” Villanueva said. “We intend to hold the individual responsible for breaking the law and most importantly for betraying the community.”

Similar sentiments were expressed by authorities in Smollett’s case, as well as Smollett’s fellow Empire cast members. Lee Daniels, the creator of Empire, referred to the “pain and anger and sadness and frustration” that he and his cast endured, adding that he and his team “really [didn’t] know how to deal with it.”

He also said that Empire “was made to bring America together” and to “talk about the atrocities that are happening right now in the streets”—a message that was in direct contrast with Smollett’s actions.

The Lancaster sheriff’s website expressed a similar sense of disappointment, yet also emphasized the importance of community in situations like these:

“We are saddened by the outcome of the investigation, but are so grateful to our community for their cooperation on Wednesday and your ongoing support everyday. The actions of one individual are not indicative of who Lancaster Sheriff’s Station Deputies are.”