With the recent withdrawal of Kamala Harris, Cory Booker and Julián Castro from the Democratic race, only one candidate of color remains: Asian-American entrepreneur Andrew Yang. The 2020 field made history as the most diverse to ever occupy a Democratic primary, and with Yang as the last POC standing, an undeniably homogenous (read: white) top tier looms on the horizon.

But it doesn’t have to! Yang is gaining some serious traction among young voters, raising more than $10 million of grassroots funding in the third quarter alone. And although he did not qualify for this month’s debate in Des Moines, Iowa, Yang dominated the trending section on Twitter as the event unfolded.

According to data from analytics firm Sprout Social, two of the top three trending hashtags were Yang-related: 12,221 tweets landed #YangGang in the No. 3 spot, while 24,244 tweets put #AmericaNeedsYang at No.1. ABC also reported Yang as the fourth most-tweeted-about candidate that night. And while it may seem a bit trite, this is a big deal—Andrew Yang wasn’t even present at the debate, yet he was so central to the conversation that his numbers superseded those of the candidates who actually made it to the stage.

And tbh, for someone who began as a truly fringe candidate—with no political experience to his name—Yang’s rising popularity is particularly noteworthy. 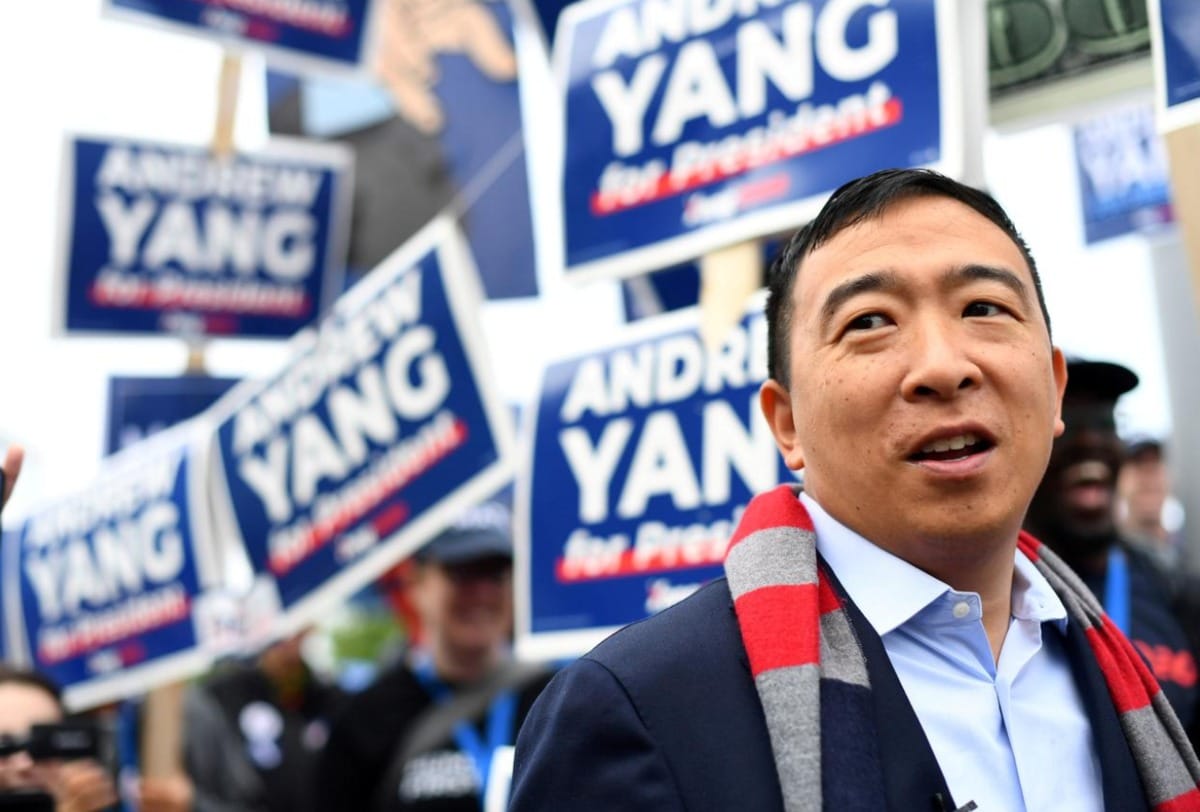 While he still lags a few places behind forerunners Joe Biden, Elizabeth Warren, and Bernie Sanders, Yang is finally starting to garner more attention among constituencies and in the media (according to the GDELT Project’s Television News Archive, Yang only received 2,065 media mentions in all of 2019, as compared to an average of 43,331 for Biden, Warren, and Sanders). To be sure, a lot would have to happen for Yang to break into the top four, but that potential is definitely growing as he gains more exposure across the country.

In conjunction with his broadening reach, it turns out that Yang’s policies appeal to a wide variety of voters, proving the #YangGang to be especially diverse. In a poll from Morning Consult—which surveyed more than 13,000 likely Democratic voters—Yang emerged with the largest share of supporters under the age of 45, most of whom are male and many of whom are Asian-American. While he hasn’t garnered as much attention from conservatives and Trump supporters as competitor Tulsi Gabbard, several voters from these groups gravitate toward Yang because he, like Trump, is a successful businessman—not a politician—and they believe that his lack of political experience might actually be beneficial to making innovative and necessary changes. Plus, he’s caught the attention of an ever-growing list of celebrities, with endorsements from comedian Dave Chappelle, billionaire Elon Musk,  actress Teri Hatcher and the indefinable Donald Glover, who’s been hired as a creative consultant for the Yang campaign.

But maybe you still don’t know much about Andrew Yang. You might be wondering: What is the hype about? Why is Yang so appealing to los jovenes? What is so radical about his platform, and why should I pay attention?

Of course, the answers to these questions are lengthy and nuanced, so we’ll try to highlight some of the most essential details here.

Yang’s background as a tech entrepreneur underscores his emphasis on the rapid development of automation in the workforce. He posits that automation threatens certain jobs as well as overall economic stability, and in response to his forecast of impending job displacement, he has proposed what he calls the “Freedom Dividend”: a universal basic income of $1000/per month to every US adult. 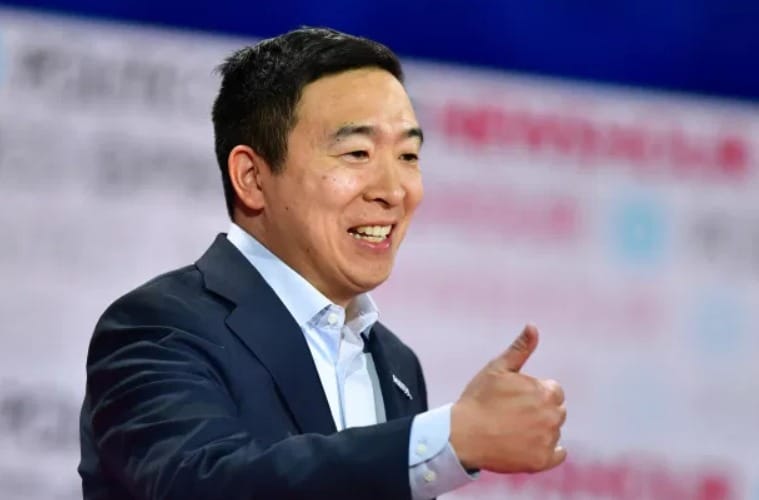 As the son of two Taiwanese immigrants, Yang supports DACA and wants to repeal Section 1325—the section of immigration law that makes illegally crossing the border a criminal offense. He has said that immigrants are often scapegoated for “stealing jobs,” but we should “blame machines” for that. 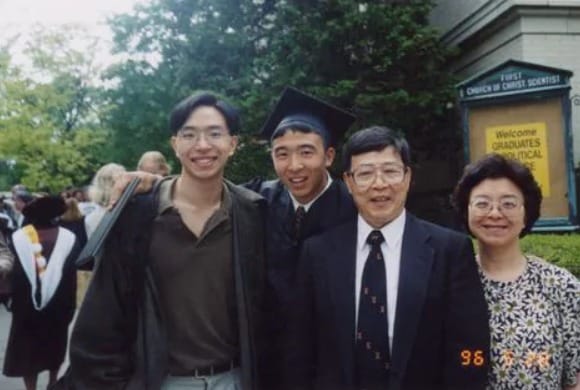 He affirms the undeniable influence of the internet, and is the only candidate to emphasize the importance of legislation that deals with data protection rights—asserting that users should have property rights to their data. 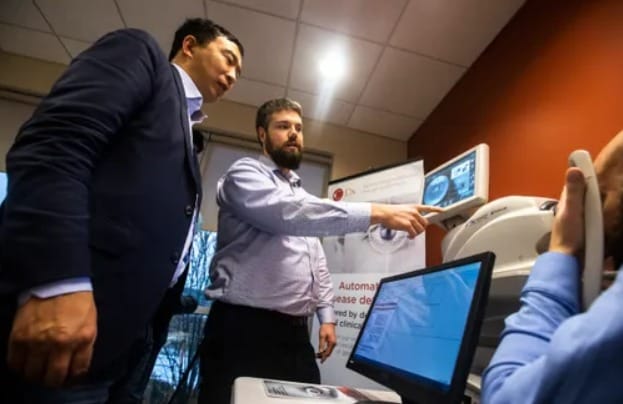 Yang’s awareness of internet culture may be the reason he is resonating with so many young people. A master of memes and merch, Yang is taking advantage of all the media platforms he can, savvily navigating the digital world to extend his reach across the nation. 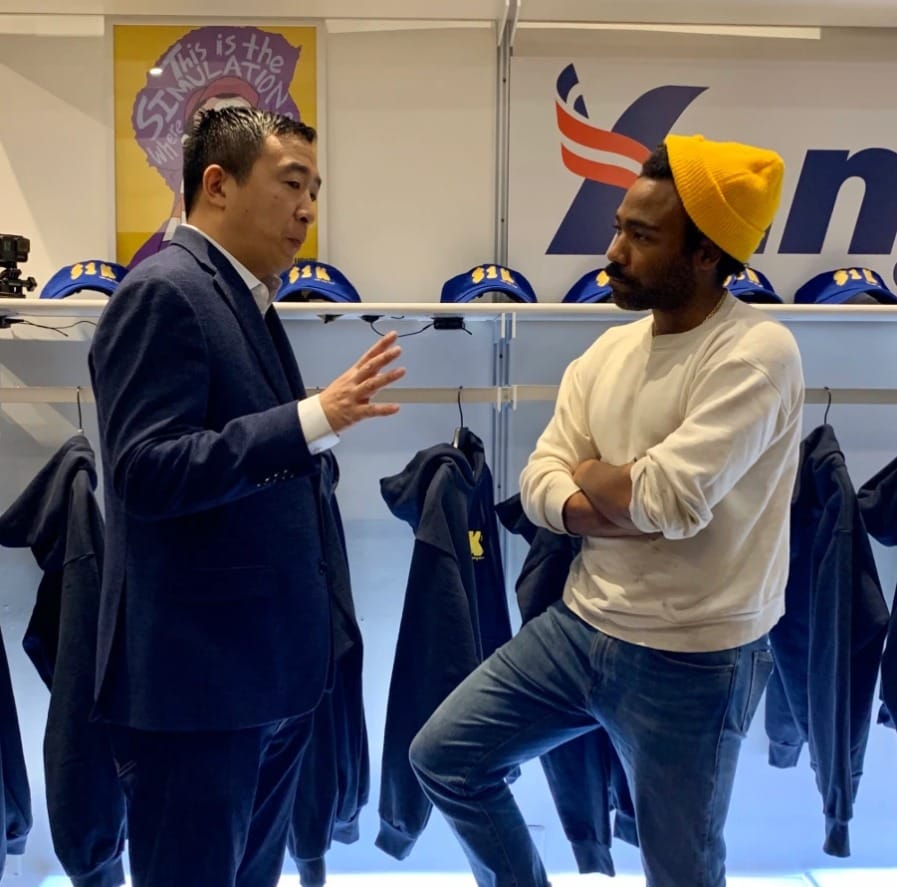 Of course, Andrew Yang’s campaign is much more extensive than what is listed above. As the Democratic race continues, this political outsider will continue to stand out from the rest—and not just because he’s the last candidate of color in the running. With a slogan like #HumanityFirst, it makes sense that people from all camps and demographics are flocking to Yang’s rallies to hear what he has to say about our country’s long list of issues.