Alberto López Gómez was born into a Tzotzil family in Aldama, Chiapas — a region of Mexico marked by economic and gender inequality. In Aldama, indigenous men work in the fields while the women weave, and this has been customary since time immemorial. Alberto, however, wanted to be a weaver since he was a child and after defying his community’s social structure, his designs are taking him as far as New York Fashion Week.

For Alberto López Gómez, it was clear from childhood that he wanted to be a weaver. 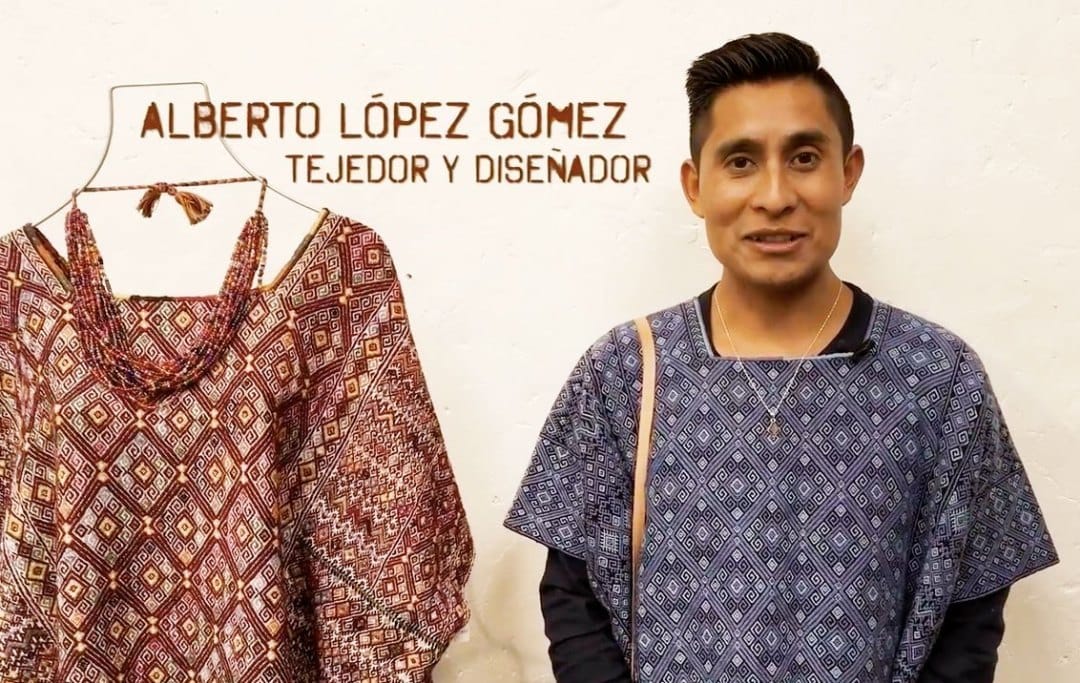 In 2014, López Gómez decided to challenge traditional thinking. He was 25 and until that point had followed his culture’s expectations. He decided to change his life. The Los Altos region of Chiapas is Maya country where most people live in rural and traditional communities where the roles of men and women are strongly delineated.

He had to deal with disapproving stares and being told over and over that his place was the fields.

Four years after he started knitting with his sisters, the Chiapas man, who had to face harsh criticisms for being a weaver, runs his own workshop. 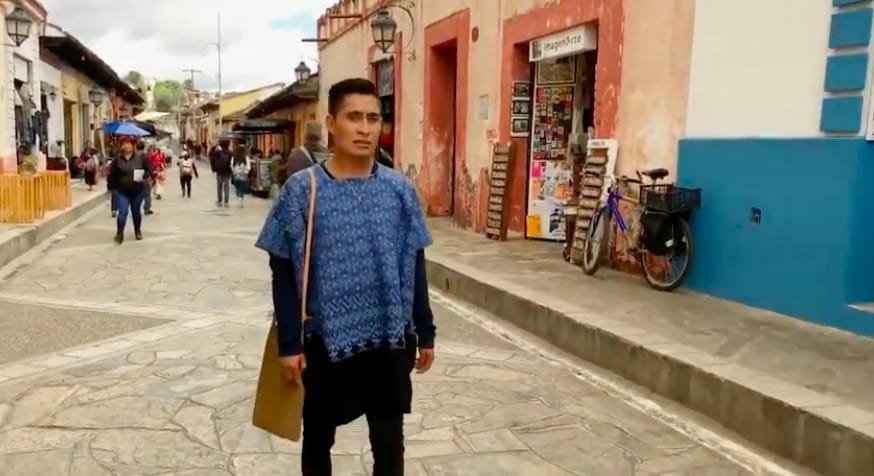 Every day at 6:00 a.m. he got up to weave for as many as 14 hours at a time, allowing him to hone his technique. “I was hiding within four walls, working in my house,” he says. “People were whispering at my walk, but we are breaking the chain.” Later he moved to the tourist destination of San Cristóbal de las Casas where he established his own business. Here, over 130 Tzotzil artisans bring their textiles where they can get fair prices and be treated with respect.

Six years later, his talent and perseverance have paid off.

Gómez is slated to present his work and that of his community at Harvard University and New York’s prestigious Fashion Week. At the end of January, he will travel to Boston to give a talk about the cosmology found on traditional Tzotzil huipils, the square or rectangular garments common in central and southern Mexico, that are often highly decorated with woven and/or embroidered patterns. These designs are linked to the traditional beliefs and customs of a location.

He will present his own collection “K’uxul Pok” at the 2020 New York Fashion Week.

The designs of his ‘Huipiles’ (from the Nahuatl word ‘huipilli’), blouses adorned with symbols of the cosmos, family, and nature, take about five months to produce following a traditional procedure.

We’ll have to wait until Feb. 6 to see the essence of Mayan spirituality woven into a “huipil” on a catwalk.

In the meantime, Gómez, who has nothing to stop him has set himself other challenges: to create a museum of textile designs in his native region of Aldama to showcase his work and that of his companions and to write a memoir about the difficult journey he has made, which he hopes will inspire other young men in his community to become weavers.

“As indigenous people, we don’t know about our rights,” says the Chiapas artist. “Machismo has beaten us,” he adds. Yet stories like his weave a much more egalitarian future and build bridges between tradition and modernity.