As the 2020 presidential election draws ever nearer, the stakes are growing significantly higher for the candidates of both major parties—and quickly. In the case of the Democrats, the top four candidates (Joe Biden, Bernie Sanders, Elizabeth Warren and Pete Buttigieg) are all closely ranked in New Hampshire and Iowa, and it’s no secret that Iowa is a particularly important state when it comes to forecasting election season. This week, the Des Moines Register poll showed Sanders with a mild lead in this Midwest state, a stat that bodes well for him in the coming months—well, at least, it might. At this point in the game, it’s really impossible to guess what’s to come, especially in the midst of the chaos surrounding our military conflict with Iran and the impeachment of President Trump.

In addition to a millennial-friendly position on a wide range of issues—from healthcare reform to student loan forgiveness—many folks are speculating about Senator Sanders’ success resulting from his endorsement by none other than AOC herself. 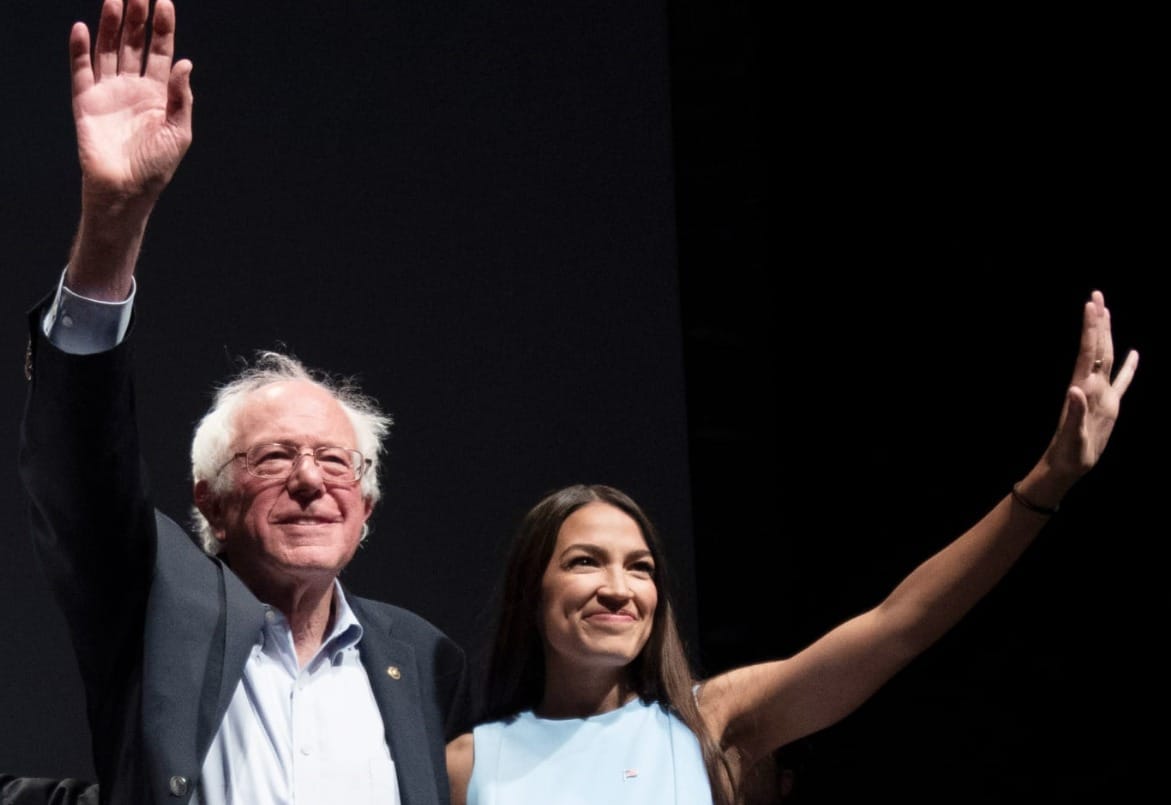 Representative Alexandria Ocasio-Cortez endorsed Sanders back in October, and ever since, she’s stood alongside him in several early-voting states, drawing major crowds in Nevada, California, New York, and, of course, Iowa. Sanders’ approach to policy may already pique the interest of the millennial generation, but AOC is, herself, a millennial—she speaks to this age group from her own perspective as a progressive young person, appealing to her peers with firsthand knowledge of what matters to them most. She’s impassioned, savvy, likeable. And she’s not just exciting the millennial demographic—she’s appealing to all kinds of Democrats.

“Alexandria Ocasio-Cortez is a leader in the progressive movement,” said Jeff Weaver, longtime adviser to Sanders. “She is broadly popular, frankly, among Democratic voters. She is particularly strong with young voters, voters of color. She’s an important national voice and adding her weight to the political revolution is a real coup for us.”

It’s definitely clear that AOC and Sanders are making waves across the country, establishing powerful connections with legions of unlikely and diverse Democratic constituencies. And as they continue to generate energy and excitement, people are starting to wonder: Will AOC ultimately inherit the progressive movement headed by Sanders? Will she occupy the White House one day? 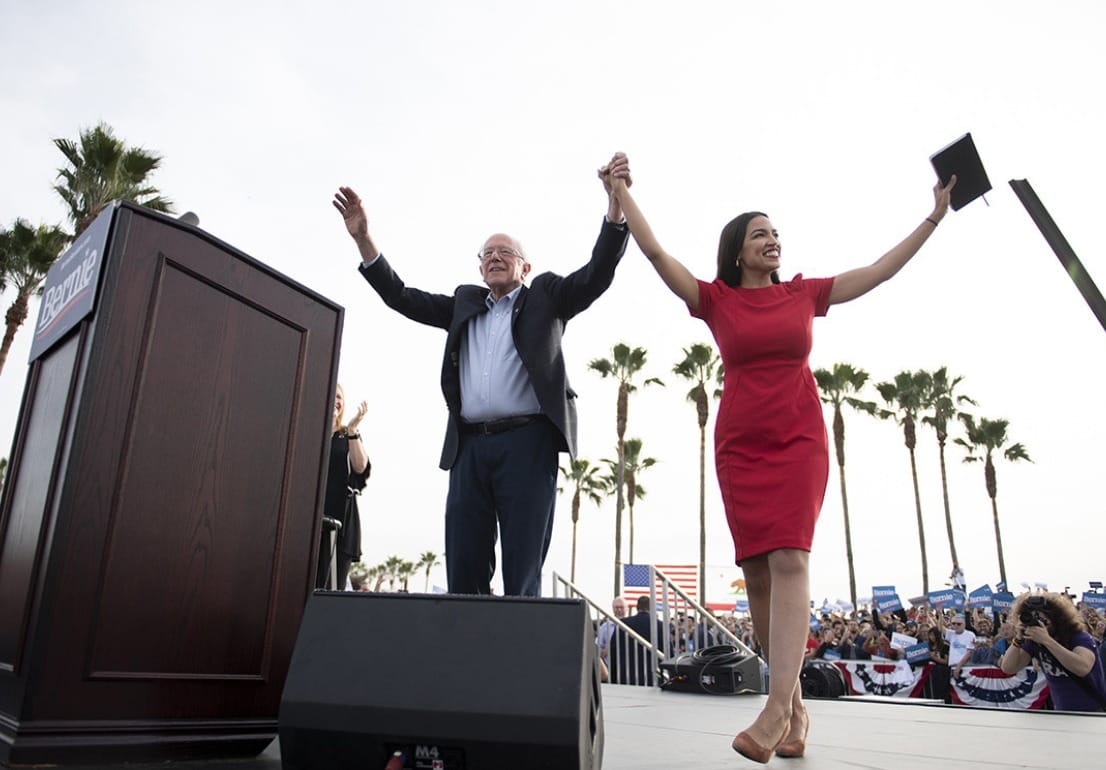 Again, no one can answer these questions right now. But in the meantime, the political duo is leaving a powerful imprint on enthusiastic delegates, paving the way for what might end up being a highly productive race for the Democratic socialists. With that said, it’s important to remember that Joe Biden is currently favored in Nevada and South Carolina, placing him and Sanders in a sort of limbo, hovering at a similar point  in the race. But if one of them ends up gaining early momentum, either candidate could potentially emerge as a singular favorite by the time Super Tuesday arrives in March.

Waleed Shahid, a former aide to both Sanders and AOC, acknowledged the pair’s recent visit through California, saying that Sanders would benefit from further establishing himself within the Super Tuesday state—a move that would allow him to expand his already strong position among Latino voters. (In surveys of Latino Democrats, Sanders typically polls first or second.) And AOC is, without a doubt, boosting his ratings among this demographic: to make sure their message is being heard, she’s been delivering campaign speeches entirely in Spanish to Latino crowds.

Even if there’s no way to predict AOC’s future role in the Democratic party, there have been hints as to what might come to pass if Sanders is chosen as the Democratic candidate for this year’s election. 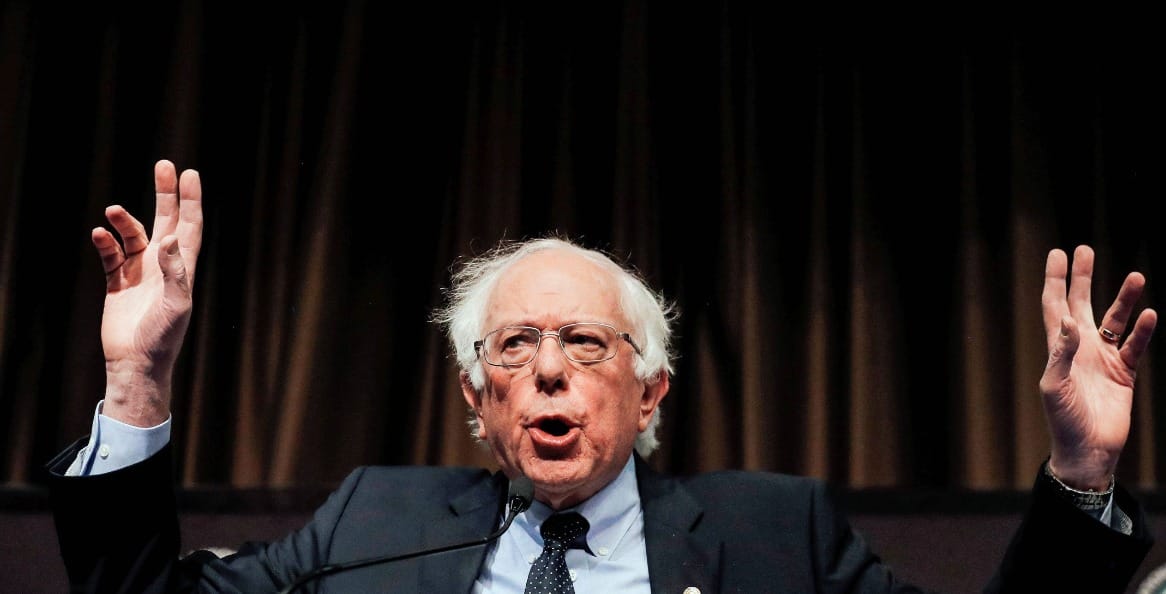 In an election endorsement interview with The New York Times Editorial Board, Sanders said that it was “a little bit premature” to name a running mate, as the first nominating contest is still weeks away. But he continued by saing, “I think Joe [Biden] has had eight years as vice president: probably enough.” He added, “I believe in diversity. I believe and know that my administration and my cabinet will look like America looks like. I’m not going to tell you who it’s going to be.”

While Sanders may be trying to keep his plans on the down low (he isn’t wrong, after all—it is a bit early to start naming potential running mates), it’s clear that he and AOC have a similar vision and a sincere, collaborative chemistry. Plus, he did tell ABC in November that she would “play a very, very important role — no question” if he becomes president. He has even taken to occasionally citing remarks by AOC during his speeches, reiterating that they share a parallel perspective for the future of our country. At this point, all we can do is speculate about a Sanders/AOC ticket. Ya veremos!