Over the past two and a half weeks, Puerto Rico has experienced more than 1000 earthquakes. This number may seem unbelievable, but it’s true: after a 6.7 magnitude earthquake hit the island on January 7—the largest earthquake to hit Puerto Rico in more than a century—aftershocks have continued to jolt the island, leaving hundreds of people homeless, lacking supplies and electricity. Among the aftershocks was January 11’s 5.9 magnitude quake, which caused even further devastation, particularly to the southern part of the island. So far, the earthquakes have cost an estimated $200 million in damages, including the destruction of more than 800 homes.

But the damage hasn’t only been structural—several people are experiencing extreme anxiety as tremors continue to strike the island. 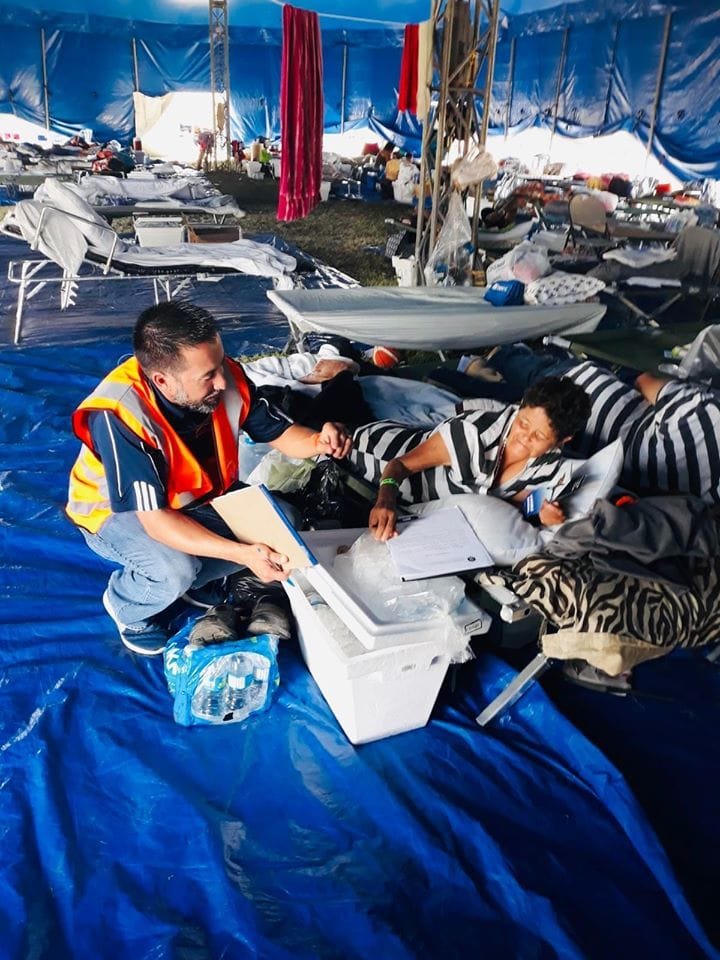 Officials from ASSMCA, Puerto Rico’s  Office of Mental Health Services and Addiction Prevention, have been making their rounds at outdoor shelters where displaced individuals and families have taken refuge, offering mental health support to those most affected by the quakes.

“These aftershocks are triggers for people,” Abdiel Dumeng, an ASSMCA employee, said in Spanish in an interview.”But I have to admit that we’ve seen a decrease in these kinds of crises, because we’ve been working together for a while, teaching people how to stay calm.”

According to the U.S. Geological Survey (USGS), aftershocks will continue to decrease in frequency over the next month and will be exponentially “lower in magnitude”. But in the meantime, Puerto Rico’s Office of Emergency Management estimates that more than 8,000 people are staying in these outdoor shelters—fewer than half are in government-run shelters, while the rest are taking refuge in either informal spaces or shelters run by non-government organizations.

What exactly constitutes an “informal” shelter? Well, some folks have simply taken their beds outside, staying close to home while avoiding the potential dangers of being indoors. Others are crashing with relatives in towns that have experienced less damage than other areas. 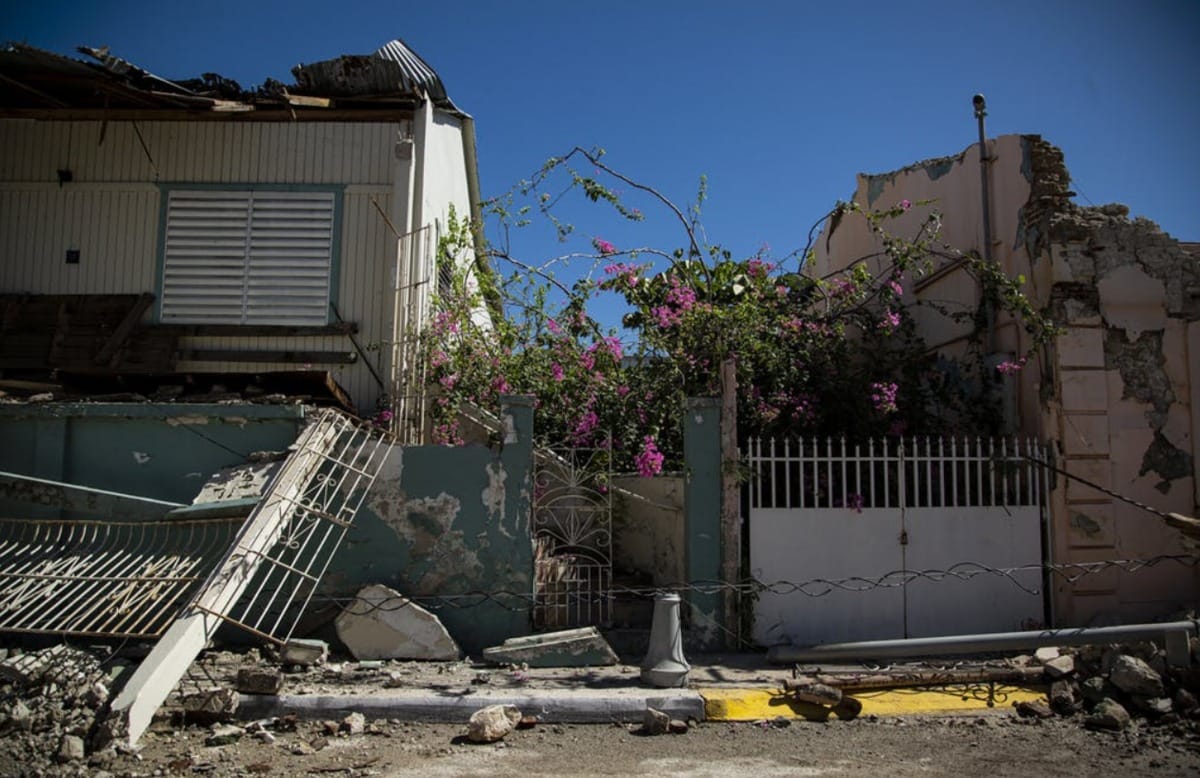 In response to the 5.9 earthquake on January 11, Governor Wanda Vázquez said that she had declared a major state emergency following an initial assessment of the damages incurred. Vázquez also announced the immediate disbursement of $2 million for the towns of Guánica, Utuado, Guayanilla, Peñuelas, Ponce and Yauco, which experienced the most damage due to their proximity to the earthquakes’ epicenter. This $2 million was defined as a way to meet the towns’ most urgent needs—but now, ten days later, la gente está harta, because these needs still haven’t been met.

This lack of information had to do with the discovery of a warehouse in Ponce that was filled with seemingly forgotten disaster supplies. But these supplies were not sent in response to the current crisis—they date back to when Hurricane Maria (a Category 4 storm) hit the island in September 2017. 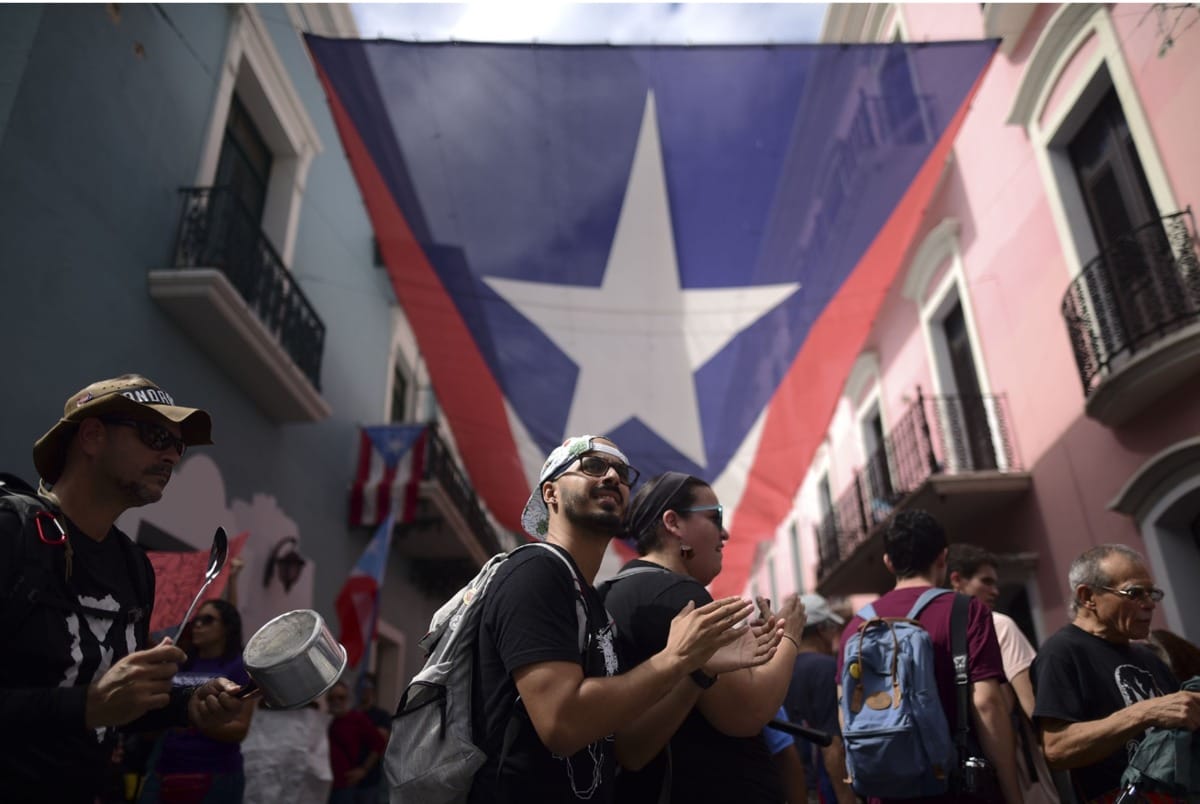 And people are understandably angry. On January 20, scores of demonstrators gathered in front of the Governor’s mansion in San Juan to demand her resignation. While the Governor seems to have tried addressing the issue with the dismissals mentioned above, several people are accusing her of not taking accountability for this appalling error, urging her to step down. And with demonstrators vowing to stay in the streets until Vázquez steps down, the current situation looks a lot like last summer’s demonstrations, which ultimately caused Governor Ricardo Rosselló to resign.

When asked by NBC News what the “human impact” of this mistake is, Rafael Gonzalez—President of PROFESA, a Puerto Rican Professional Association that delivered aid during the aftermath of Hurricane Maria—said, “We saw it on [sic] Maria. We saw what happens when you don’t deliver the supplies that people need. People die.”

Indeed, more than 3,000 people died as a result of the devastation caused by Hurricane Maria (not to mention highly insufficient disaster response on the part of the United States government). At this point, the recent series of earthquakes has resulted in one death and nine injuries. In an attempt to keep that number from rising, Jennifer Gonzales, Puerto Rico’s Commissioner to Congress, joined forces with five other members of Congress to send a letter to Donald Trump, asking him to sign a major disaster declaration that would bring federal funding to the recovery effort.

On January 16, Donald Trump responded by designating six hard-hit towns in the southern part of the island as major disaster areas. Hopefully this will result in an appropriate disaster response—one that will not negligently result in more forgotten aid.