Picture this: You’ve made the long, difficult journey to Machu Picchu, taking a variety of planes and trains and buses to get there, and now finally, you’re inside the grounds. You begin to explore the more than 500-year-old site, marveling at its ancient structures, its surreal terraces and ramps. Life is sweet; the world is wonderful and mysterious. But at some point —and for some unknown reason— you sneak into a sacred temple constructed half a millennium ago, drop your pants, and POOP one of the greatest marvels this world has to offer. This actually happened.

Six tourists emptied their bowels inside the hallowed grounds of an Incan worshipping room: There’s something deeply wrong with some people. 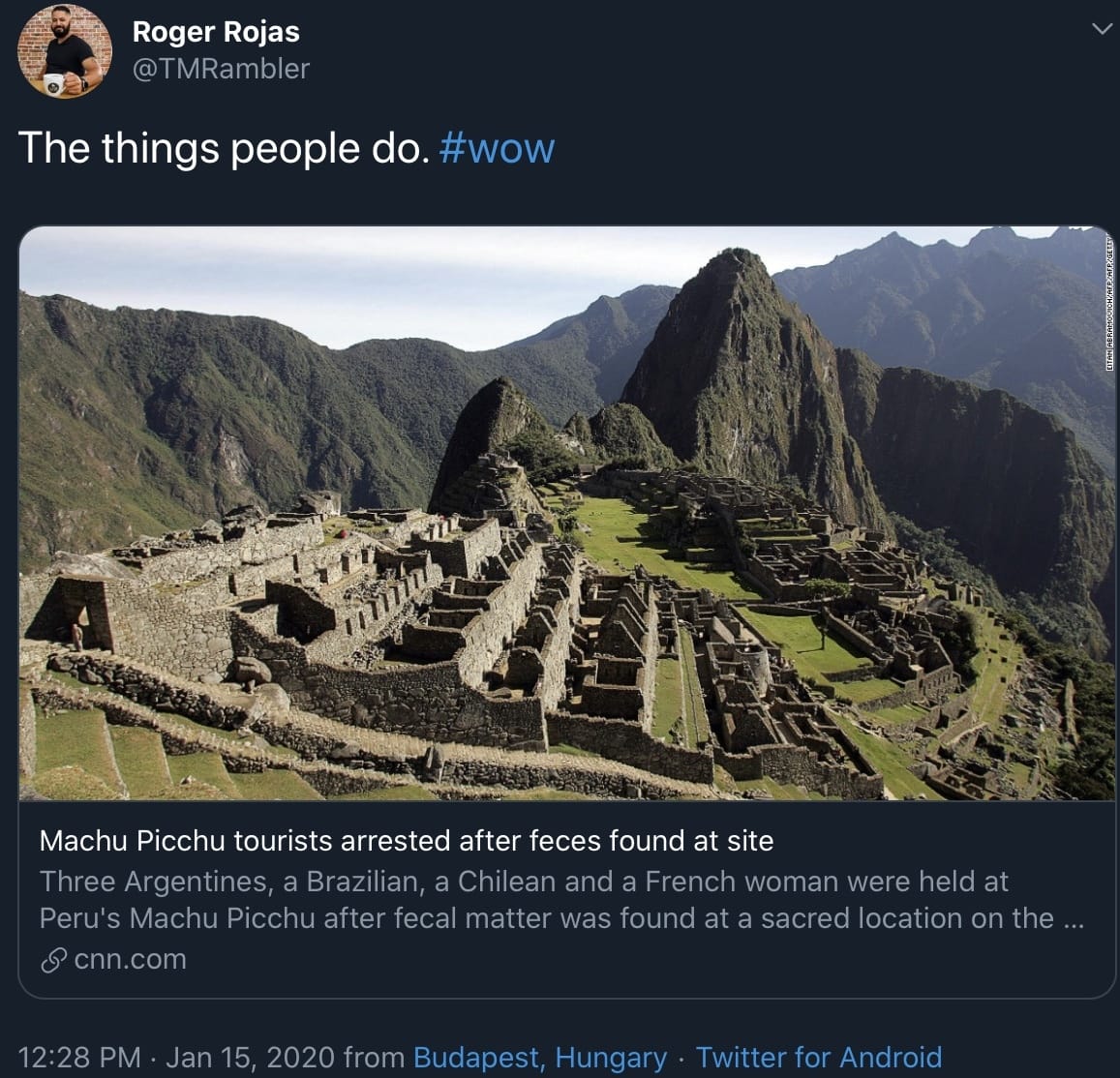 For some inexplicable reason, that’s exactly what a group of tourists allegedly did over the weekend, France 24 reports. Six people in their twenties and early thirties were arrested on Sunday after Peruvian authorities caught them in a restricted area of Machu Picchu’s Temple of the Sun, a revered part of the UNESCO World Heritage Site.

Park rangers and police found feces inside of the temple. 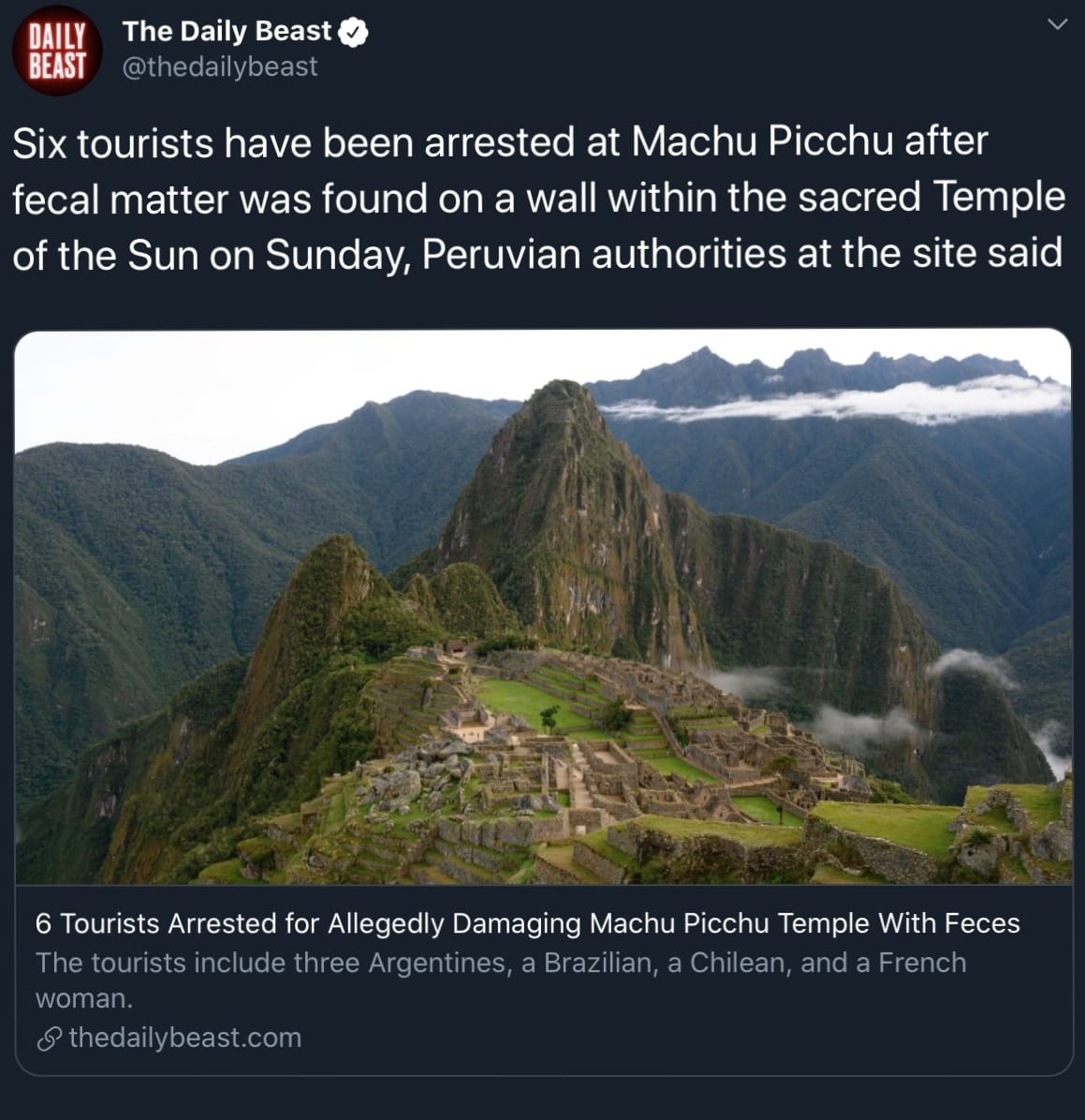 The Temple of the Sun had also been damaged after a piece of stone had “broken off a wall and caused a crack in the floor,” regional police chief Wilbert Leyva told Andina, a local news agency. “The six tourists are being detained and investigated by the public ministry for the alleged crime against cultural heritage,” Leyva said.

The group was made up of one French, two Brazilians, two Argentines and a Chilean, according to police. 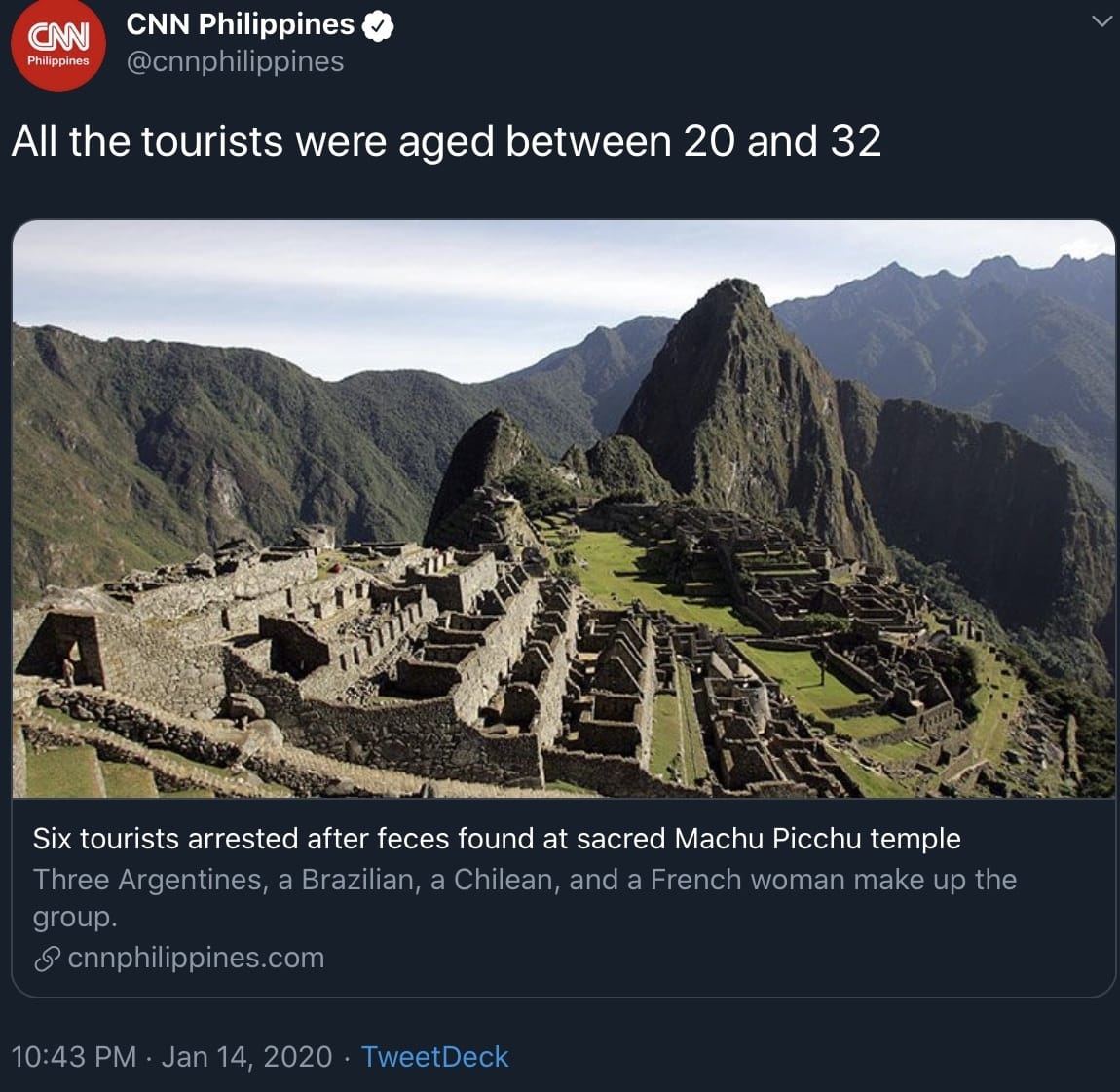 They face at least four years in prison if found guilty of damaging Peru’s heritage. Several parts of the semicircular Temple of the Sun are off limits to tourists for preservation reasons.

Worshipers at the temple would make offerings to the sun. 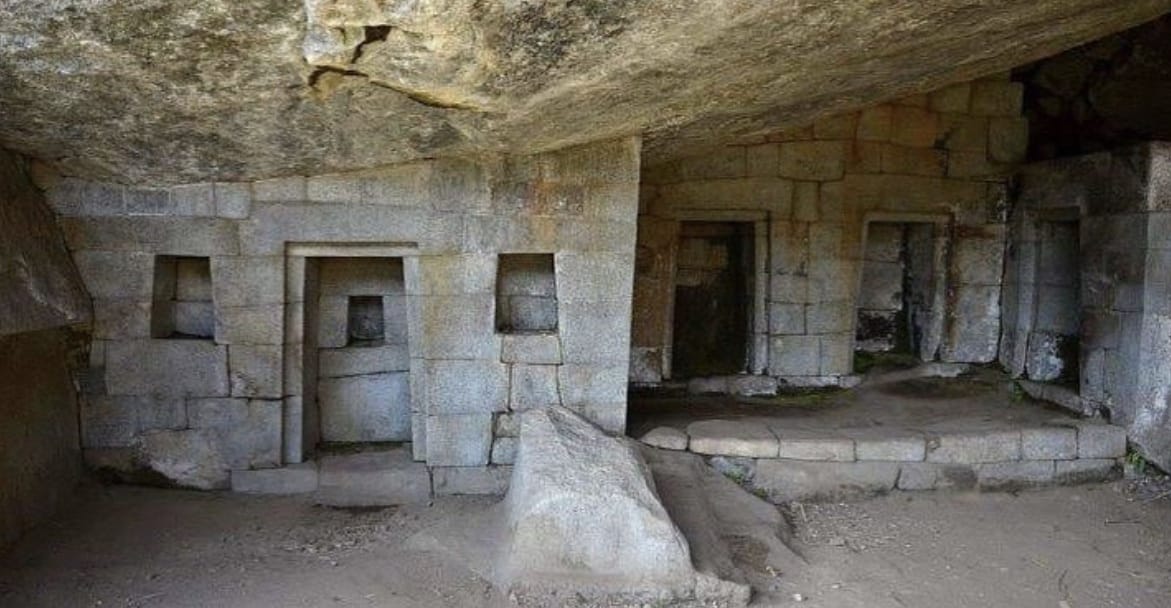 The sun was considered the most important deity in the Inca empire as well as other pre-Inca civilizations in the Andean region. The Machu Picchu estate—which includes three distinct areas for agriculture, housing and religious ceremonies—is the most iconic site from the Inca empire that ruled a large swathe of western South America for 100 years before the Spanish conquest in the 16th century.

Three Argentines, a Brazilian, a Chilean and a French woman make up the group. 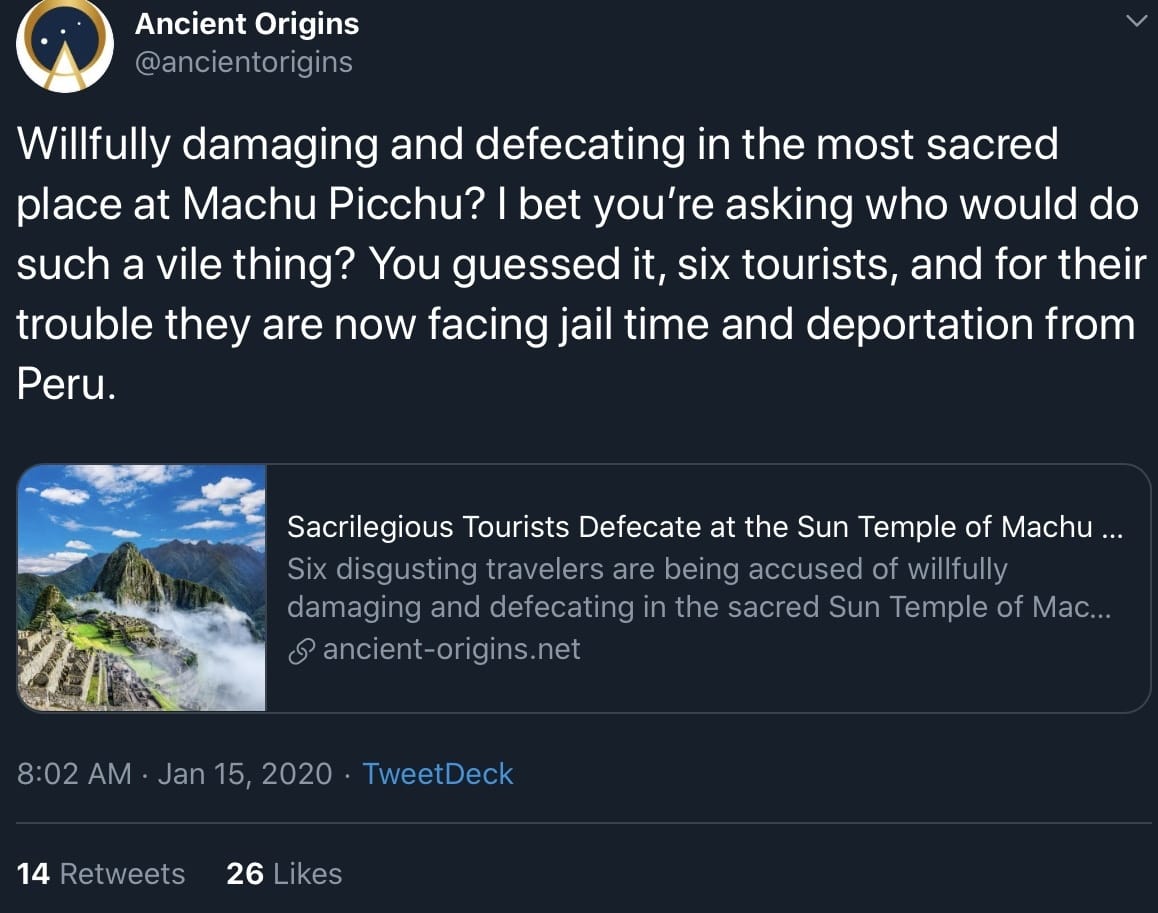 Local media reported that all the tourists were aged between 20 and 32. In 2014, authorities denounced a trend that saw tourists getting naked at the sacred location. Four American tourists were detained in March of that year forremoving their clothes and posing for photos at the site. In a pair of separate incidents earlier in the same week, two Canadians and two Australians were detained for stripping down for pictures there.

Machu Picchu, means “old mountain” in the Quechua language indigenous to the area. 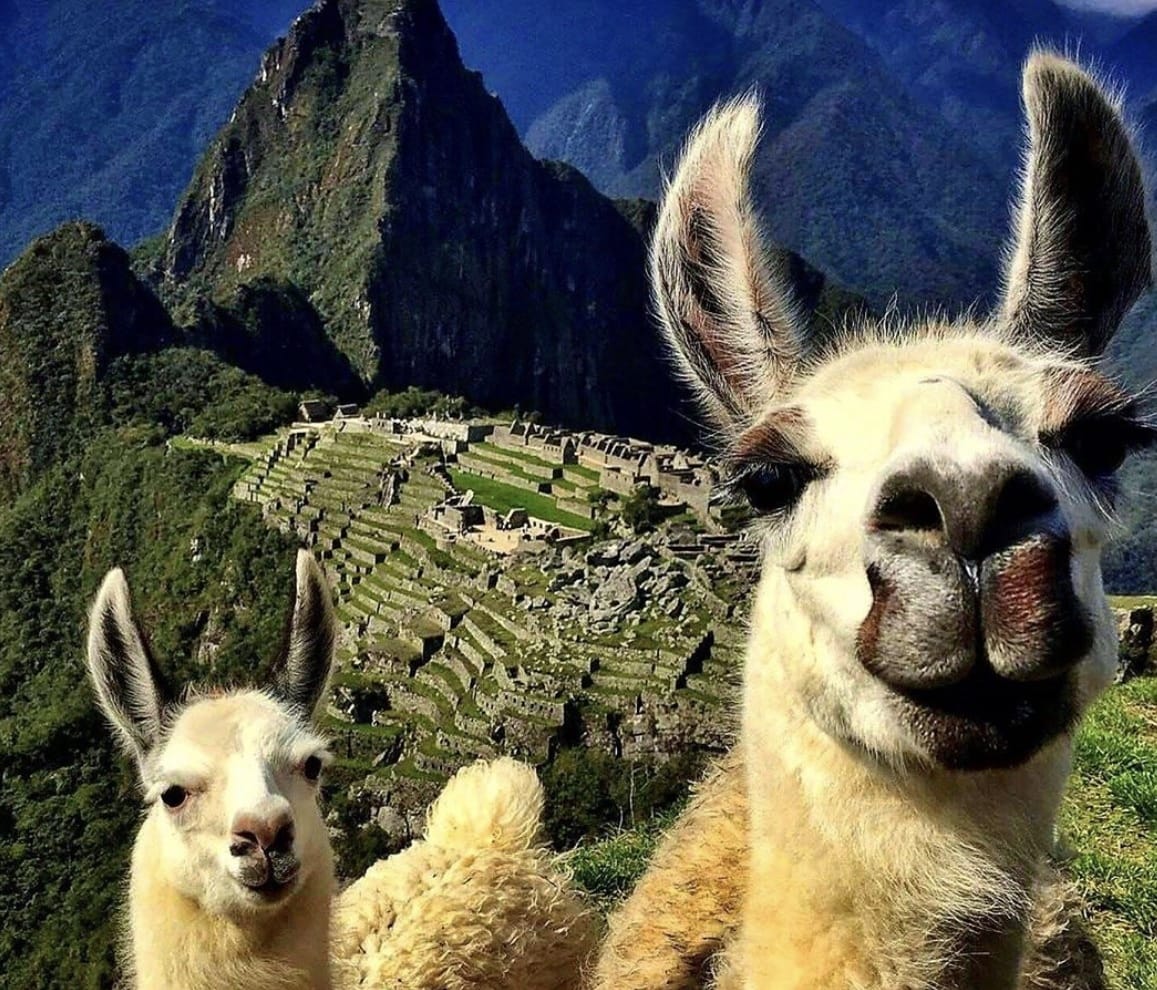 The historic site is at the top of a lush mountain and was built during the reign of the Inca emperor Pachacuti (1438-1471). It lies around 100 kilometers (60 miles) from the Andean city of Cusco, the old Inca capital in southeastern Peru. The site was rediscovered in 1911 by the American explorer Hiram Bingham. UNESCO declared it a World Heritage Site in 1983.