In the new Netflix series, only the second original one to be completely in Spanish (the first was “Club de Cuervos”), “Ingobernable” follows Mexico’s First Lady, Emilia Urquiza (Kate Del Castillo) as she is being chased for the assassination of her husband, the President of Mexico Diego Nava (Erik Hayser).

The trailer shows the high power couple in a relationship in decline, tumbling down in tumultuous fashion. 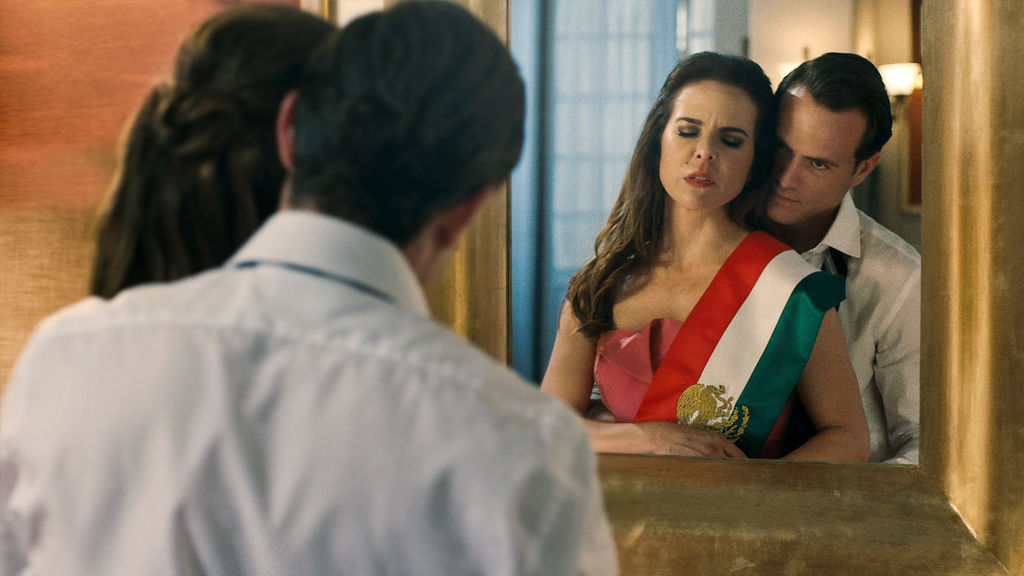 With a divorce looming, and what appear to be one too many drinks, a body goes flying off a roof several floors down, crushing the roof of a government issued SUV like a soda can. The body? That of Diego Nava Martinez, the young handsome president of Mexico.

Emilia then disappears and sets out on the run from the law, using her security expertise to evade officials.

Struggling to find anyone who would believe it wasn’t her, she attempts to clear her name, while also trying to remain free. Thus begins the story of “Ingobernable.”

“Ingobernable” is the Spanish word for “ungovernable” or “unmanageable,” which seems totally appropriate for Castillo who is no stranger to controversy. 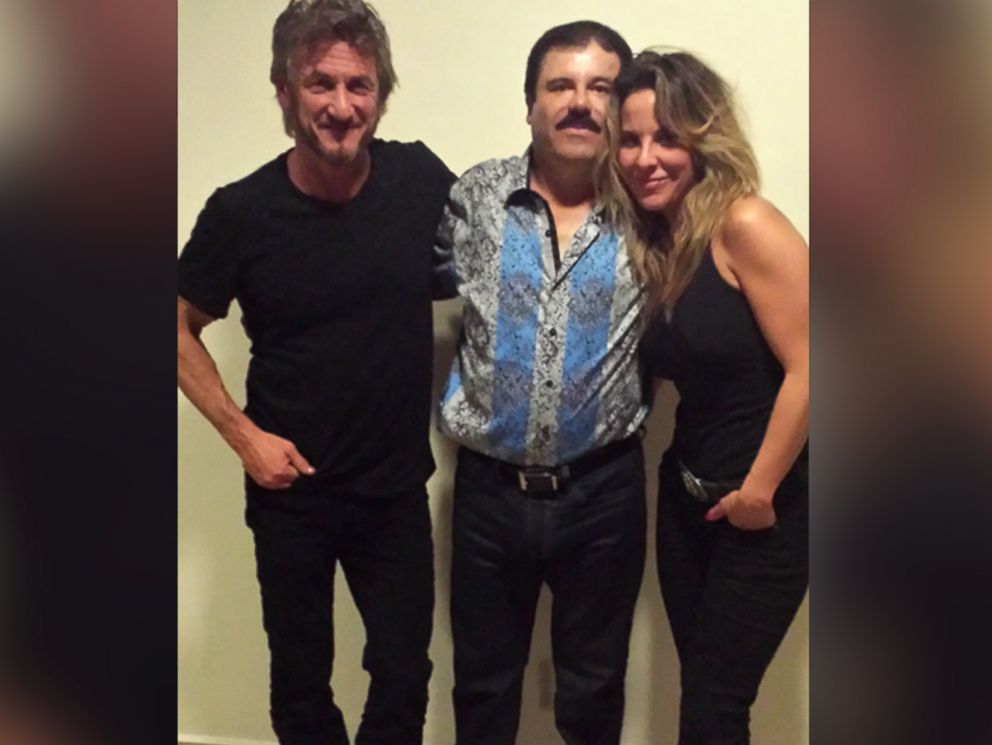 If she doesn’t look familiar – even though she’s been on “Jane The Virgin” and “Weeds” – her name might ring a bell for you. Castillo was allegedly at the heart of the controversy surrounding Sean Penn’s infamous, and probably strangest of all time, interview with El Chapo.

Recently Castillo sat down with Vanity Fair to discuss the new action packed show and talk (as much as she legally can), about her feelings on the El Chapo debacle. 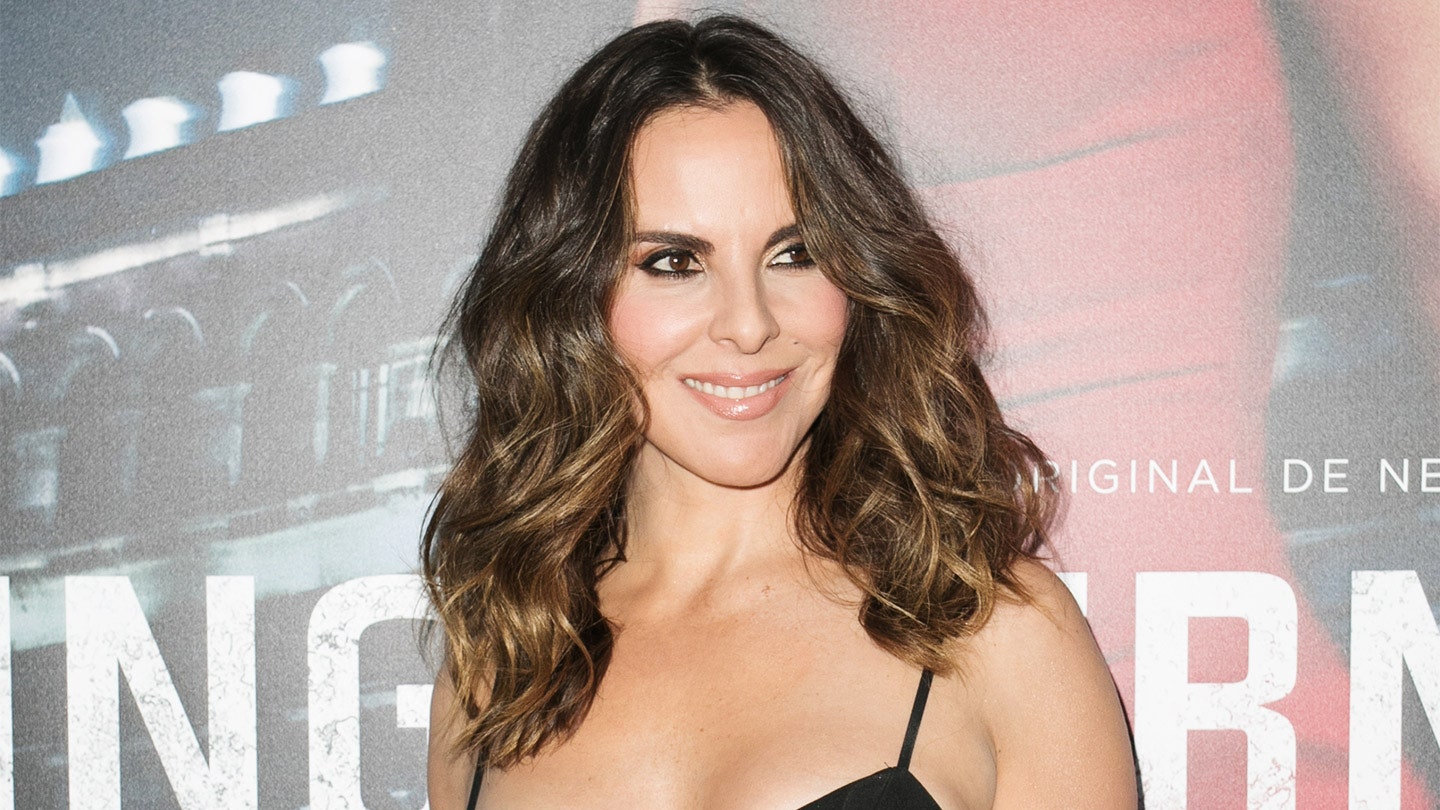 In the Vanity Fair interview she mentions her frustrations around legal issues with the infamous El Chapo meeting.

“It’s been a hard year for me. Of course, it was crazy. Still is. I still can’t go back to Mexico, and legally, I am still working that out, and have charges still. And you know, I’m a woman, and if I was not a woman, this wouldn’t be happening, for sure. Where is Sean Penn; where are the other two? Why am I the only one who’s being charged?”

Despite her legal battles, she’s excited for viewers to see Mexico in a new light.

Of the political climate between the U.S. and Mexico and how she sees her show having an impact there, she says: “They’re gonna see the Mexico that they don’t know,” in the article she continues: “This wealthy, powerful, beautiful, cultural Mexico. And exactly the opposite. Those contrasts, I think it’s appealing for everybody.”

In a line from the trailer she says “If you think you’ve seen me fight, you haven’t seen anything yet.”

Hearing it from Castillo, it’s hard to tell whether that’s coming from her character Emilia Urquiza, or from her personally.


“Ingobernable” is available to stream on Netflix now.

READ: We Should Have Seen These Signs Between El Chapo and Kate del Castillo

Have you seen Ingobernable yet? Share with someone who’d love this show with the links below!

Richard Ramirez, a.k.a. The Night Stalker, spent the summer of 1985 terrorizing Los Angeles. Ramirez murdered 13 people during his reign of terror in Southern California. Netflix’s new docuseries is exploring the crime by interviewing law enforcement and family of the victims.

“Night Stalker: The Hunt For a Serial” killer is now streaming on Netflix.

“Night Stalker: The Hunt For a Serial Killer” is the latest Netflix docuseries diving into the true crimes that have shaped American society. Richard Ramirez is one of the most prolific serial killers of all time and single-handedly terrorized Los Angeles during the summer of 1985.

Ramirez fundamentally changed Los Angeles and the people who live there. The serial killer was an opportunistic killer. He would break into homes using unlocked doors and opened windows. Once inside, he would rape, murder, rob, and assault the people inside the home.

The documentary series explores just how Ramirez was able to keep law enforcement at bay for so long. The killer did not have a standard modus operandi. His victims ran the gamut of gender, age, and race. There was no indicator as to who could be next. He also rarely used the same weapon when killing his victims. Some people were stabbed to death while others were strangled and others still were bludgeoned.

While not the first telling of Ramirez’s story, it is the most terrifying account to date.

“Victims ranged in age from 6 to 82,” director Tiller Russell told PEOPLE. “Men, women, and children. The murder weapons were wildly different. There were guns, knives, hammers, and tire irons. There was this sort of feeling that whoever you were, that anybody could be a victim and anybody could be next.”

Family members of the various victims speak in the documentary series about learning of the horror committed to them. People remember grandparents and neighbors killed by Ramirez. All the while, police followed every lead to make sure they left no stone unturned.

“Night Stalker: The Hunt For a Serial Killer” is now streaming on Netflix.

READ: Here’s How An East LA Neighborhood Brought Down One Of America’s Most Notorious Serial Killers

Wilmer Valderrama and Demi Lovato don’t let a little thing like emotional baggage get in the way of their careers. The famous former couple proved that exes can actually be friends when they worked together on the new Netflix animated movie, “Charming”, that premiered on Friday.

Not only did Lovato and Valderrama co-star in the children’s movie together, but they played lovers. And not just lovers, but soulmates.

It looks like Lovato and Valderrama truly decided to remain friendly and supportive of each other after their breakup in 2016. Which in itself is a rarity!

In “Charming”, Valderrama voices a spoiled Prince who is “cursed” to have every woman fall in love-at-first sight with him until his 21st birthday.

When the project was announced in 2015, Valderrama was extremely excited about the opportunity to represent greater diversity in a children’s movie. “We’ve all been waiting so long to see a Latin princess represented in an animated fairy tale,” he told Deadline. “I’m grateful to the enlightened producer John Williams for anointing me as the first Latin prince.”

Lovato plays a Lenore, a savvy street urchin who is also cursed to never find love. Together, the unlikely duo are tasked with going on a quest to break Charming’s curse so he can save the kingdom.

When discussing their previous relationship in the past, Lovato and Valderrama have been nothing but gracious.

In fact, Demi Lovato recently told Harper’s Bazaar that she’s happy for Valderrama and his new fiancée, Amanda Pacheco. “I’m really happy for him and I wish him nothing but the best, but we’re not in each other’s lives, haven’t spoken in a long time,” she admitted.

She continued: “But I think I needed that because I needed to learn to be okay on my own. When you get into a relationship with somebody at that young of an age and then you spend six years with somebody, you don’t really get to learn about yourself.”

When Lovato has talked about the reasons behind their split before, she’s always maintained that it had “nothing to do with falling out of love”.

“The sparks never faded, but there are issues that I haven’t conquered yet that I know I won’t conquer if I’m relying on somebody else to take care of the loneliness,” said Lovato in her 2017 documentary, “Simply Complicated”.

But Lovato and Valderrama aren’t the only reason to queue up this flick. The movie also stars Ashley Tisdale as Cinderella, Avril Lavigne as Snow White, and Chinese popstar phenomenon G.E.M. as Sleeping Beauty.

TwitterFacebook
Tags:
animated moviesChildren's MoviesDemi LovatoNetflixWilmer Valderrama
Most Read
This Instagram Page Is Doing The Work To Identify And Expose The People Who Stormed The Capitol BY Jorge Rodriguez-Jimenez
A Latina Firefighter in Boston Says the Department Retaliated Against Her When She Reported That She Was Sexually Assaulted by a Colleague BY Andrea Reindl
New Lawsuit Alleges that Alex Rodriguez is Guilty of Embezzlement and Racketeering: ‘He is a serial cheater and liar’ BY Andrea Reindl
Selena’s Family Says They’re Ready For The Grammys And They’ll Accept The Award For Her BY Justin Lessner
A Tourist Was Arrested For Illegally Climbing Up The Pyramid of Kukulkán BY Jorge Rodriguez-Jimenez
FOLLOW US
Copyright© 2021 Latido Mitu Holdings LLC, all rights reserved
WE RECOMMEND
Celebrities
Naya Rivera Was Remembered In A Touching Tribute Featuring The Beatles’ ‘Here Comes The Sun’ By Demi Lovato
Cristal Mesa / December 15, 2020 Cristal Mesa
Celebrities
As The New Selena Series Comes Under Scrutiny, People Are Asking Where Is Selena’s Husband Chris Pérez Now?
Justin Lessner / December 11, 2020 Justin Lessner
Entertainment
‘One Day At a Time’ Has Been Canceled (Again)
Andrea Reindl / December 4, 2020 Andrea Reindl